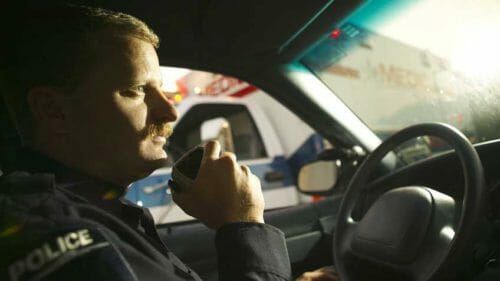 U.S.A. -(AmmoLand.com)- The Mayor of Richmond rejected a plan to reduce violence by focusing on gangs, instead prioritizing a costly “public health” approach that conflicts with the reality on the ground.

Pastor Ralph Hodge and an organization called “Richmonders Involved to Strengthen Communities” (RISC) asked Mayor Levar Stoney to fund a focused deterrence program that aims to defuse conflict and intervene before violence occurs. Gangs, even loosely organized gangs, and their members are often known to community leaders and law enforcement. When violence occurs, the local community often knows the likely perpetrators as well as those most likely to retaliate and can intervene to put an end to the cycle of violence.

The Mayor’s Office rejected RISC’s program because the Mayor’s office disagrees with “their advocacy for a law-enforcement based approach to gun violence prevention.” This comes after Mayor Stoney signed a letter requesting federal funds be used for “evidence-informed programs that intentionally work with the people at the highest risk of involvement in gun violence.” That letter, readers will note, can be found on Everytown’s website.

There are two issues with this statement. First is the concept that law enforcement is an inappropriate “approach” to crime. Published research has found that hiring additional police officers reduces crime, and real-world statistics from across the country – including Chicago and New Orleans – show that targeted policing works. Even The Trace, Bloomberg’s anti-gun “news” outfit, has examined the success of these programs.

But the pastors are not emphasizing police efforts; they’d like to implement interventions, not “over-policing.” Pastor Hodge said, “You need police in any kind of crime situation, but this is not about funding more police activity. This is about funding more community organizations, local groups, social services, to provide intervention.”

Mayor Stoney has instead green lit a “community-focused” program that uses a “human services and public health approach” to target middle school students. The program costs half a million dollars.

Pastor Hodge’s program would cost around a tenth of that and would actually focus on those most likely to be either perpetrators or victim of violence. Hodge noted, “When you look at the ages of the shooters, most of the victims, they’re not in middle school and high school. They’re above age, they’re adults.”

The Mayor is spending more money targeting the wrong population despite being presented with a more cost-effective and proven method of curbing violence among those most likely to suffer or perpetuate the harm.

Perhaps the difference is that Pastor Hodge’s plan does not claim to be a “public health” approach since buzz words seem to be all that matter to the anti-gun crowd.

Stoney’s chosen program will offer mentorship and a stipend to forty (40) middle schoolers.

With a program limited to 40 kids and an acknowledged violent crime problem, can Richmond really afford to reject any program targeting those likely to engage in violence?

Forty kids will be involved with or benefit from Stoney’s chosen program. Known gang members and potential criminals, the adults totally excluded from the Mayor’s chosen plan, will be unaffected and will be likely left to perpetrate harm without intervention.

Unless they cross paths with Pastor Hodge. Then, maybe there is a chance for intervention – though Hodge’s path is much less expansive than it could be with support from the Mayor.

If not, law enforcement will respond to the crime and do what it can to put the perpetrators behind bars.

If only there was a better way – a way to break the cycle of violence.

But maybe mentoring a handful of middle schoolers will have an effect, too.

Just not on the adults actually perpetrating the violence in Richmond.

The post Virginia Shocker: Crime to Get Public Health Response, Not Police appeared first on AmmoLand.com.