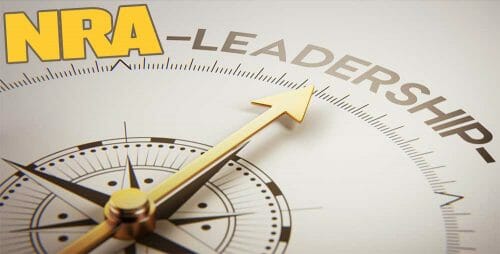 New Jersey – -(AmmoLand.com)- I make no apologies for my 2019 AmmoLand News article explaining what has been happening inside NRA, despite new harsh criticism from Jeff Knox and his call to oppose my re-election to the NRA board in the current cycle.

By stating factual details of what was actually going on at NRA, and properly crediting Wayne LaPierre for spearheading corporate actions recently taken, I apparently wandered into a generational blood feud between the Knox family and LaPierre. That seems to have offended Knox, so he has now attacked my NRA board candidacy.

To summarize my 2019 article: When NRA got a head’s up from a former Attorney General that New York State was about to pursue NRA’s annihilation as a corporation, Wayne LaPierre insisted on serious self-examination and resultant course corrections to legally insulate NRA from attack (a New York law provides significant protections for corporations that do so). He hired counsel to lead that process and protect NRA. A comprehensive review of NRA’s finances and controls began.

The process was resisted by some insiders and NRA’s largest contractor, a media company. They tried to convince LaPierre that the examination was unnecessary. When that failed, and as alleged in pending litigation, the company tried to force LaPierre out, dangling a carrot in the form of a golden parachute, and threatening a smear campaign if LaPierre resisted.

At nearly 70 years old, LaPierre could have taken the easy way out, retiring with an attractive package, and abandoning the legal strategy to protect NRA. Instead, he refused, stood on principle, and continued the plan to protect NRA from an impending attack. The threatened smear campaign by the media company against LaPierre was launched, helping fuel New York’s plot to destroy NRA.

These are facts that I personally witnessed. They are not debatable.

My personal opinions about Mr. LaPierre are utterly irrelevant to my factual article explaining the course NRA chose to pursue. Whether you like Mr. LaPierre or not, it is an incontestable fact that he led a carefully planned strategic legal course to prepare NRA for a life-and-death battle with New York State.

I have known Jeff Knox for many years, and as he points out, he has previously endorsed me as a candidate for NRA board. It’s not easy to win his support, and that should tell you something about who I am and what I stand for. I have a two-decade-long track record of advocacy and achievement as the no-compromise leader of a state gun rights group in the most hostile territory imaginable. And I haven’t changed.

But because I have publicly explained an NRA legal strategy that happened to be led by Mr. LaPierre, I have (to Jeff Knox) committed the cardinal sin of “defending” LaPierre. I am therefore now tainted and unworthy of support in board elections. None of the work I have done for Freedom locally or nationally matters. In reality, that posture says more about Knox than it does about me.

Knox attempts to justify his sudden reversal on my NRA board candidacy by criticizing me for not addressing questionable “facts” or unrelated issues in my 2019 article. In Knox’s mind, I should have explained disputes between his father and Mr. LaPierre dating back to 1997, years before I even joined the NRA board. I should have explained issues related to NRA’s former treasurer, a former NRA president, NRA’s legal fees, and statements falsely attributed to LaPierre. But all of that was beyond the scope of my 2019 article, whose sole purpose was to shed light for members on the growing threat to NRA’s right to exist, and how it was being handled.

I respect Jeff Knox and the work his father did. But I do not appreciate it when he suddenly reverses his support for me as a board candidate, simply because I accurately stated current facts about someone for whom he has bitter feelings and severe prejudice.

Scott L. Bach is an NRA board member and Executive Director of the Association of New Jersey Rifle & Pistol Clubs. www.scottbach.com