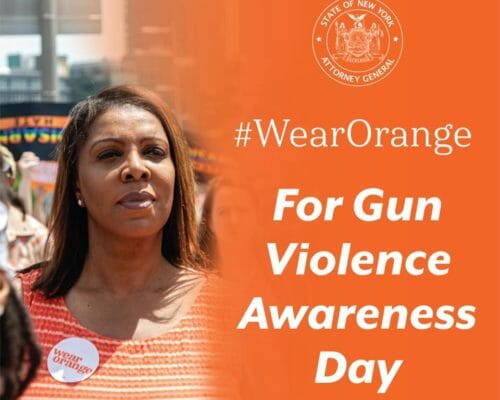 U.S.A. – -(Ammoland.com)- A motion filed Thursday in the Supreme Court of the State of New York, County of New York, Commercial Division, seeks a court order to allow intervention on behalf of members of the National Rifle Association in the case against the association initiated by Attorney General Letitia James.

The motion, filed by NRA Board of Directors candidate by petition, Frank Tait, and member Mario Aguirre, president of Brock’s Gap Training Center, seeks to ensure that the membership is not held accountable for the actions of association officers and “to protect their rights as individuals and as NRA members under the U.S. and New York constitutions as well as applicable New York statutes.” If ultimately successful, this will preserve the NRA’s existence and install new leadership through an idea presented as speculation last August in this column.

“These people used the NRA to serve only their own ends, and neither the extent of their wrongs, the number of faithless individuals involved, nor the period of time over which these wrongs were perpetrated can change the fact that these were wrongs perpetrated against the NRA and its membership, who placed their resources and trust in these individuals as fiduciaries that were duty-bound to put the members’ interests ahead of their own. This they did not do,” they allege in the filing.

There are numerous other filings related to this motion, available on the New York State Unified Court System website, beginning with Document # 243 and going through at this writing to Document # 260. In particular, reader attention is called to Document #248, the “Proposed Answer,” quoted above, and especially Document #244, the Memorandum of Law legal arguments, embedded below.

AmmoLand Shooting Sports News will follow proceedings in this development which has the potential to reshape and redirect the New York case and give the NRA and its members a new path forward.