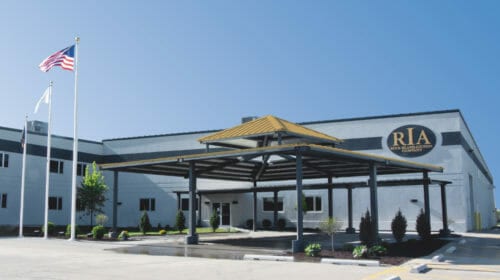 U.S.A. –-(AmmoLand.com)- Rock Island Auction has quickly become one of the premier gun auction places on the Internet.

Rock Island Auction (RIA) had its first regional auction in February of 2003. It was a 600 gun auction. The auction was designed as an in-person auction and was held regionally so that it could serve the midwest.  RIA wanted people to come, to be at the auction in person.

RIA has since become a serious presence on the Internet.

They have grown into having six major auctions a year. There are three premier auctions of the best of the best. They distribute a color catalog of the premier auction, at considerable expense, with lovely images of the lots to be auctioned.  RIA has begun to make the catalogs available digitally.

Creating and printing the catalogs are a substantial cost to the operation. Those six auctions are done in person, online, and over the telephone.

The Sporting and Collector auction in February of 2021 brought in over $11 million.

The lots are kept at the Rock Island facility and are on display. Displaying the items well is a key part of Rock Island Auctions. They work hard at presentation. At any one time, there are likely to be 25,000 firearms in the building.

This correspondent spent about an hour talking to President Kevin Hogan of RIA. He is passionate and knowledgeable about his work. RIA has 135 employees. They are specialists who learn the fine points of firearm evaluation and sales.  Kevin praised his team. He said it takes hands-on knowledge to learn to evaluate firearms. Mere book knowledge is insufficient. His team has the advantage of a proprietary method of evaluation. The method includes information from nearly a million firearms and related items sold through their system.

It is common for people from 25 countries to be involved in any single auction.

RIA offers several conveniences for both the seller and the buyer. They handle anything from one firearm to collections of thousands of firearms. They help evaluate the firearms’ worth, and what auction would be the best vehicle to sell them.

Items can be shipped to RIA, or they can be dropped off. RIA has roving teams which travel around the country picking up items and collections for their auctions.  The item(s) to be picked up has to be worth their effort. They will talk to you on the phone to determine if a pick-up is worth it. You can send them pictures to aid in the evaluation. Once an evaluation is made, the seller can determine if they wish to use Rock Island Auction services.

If they do not have in-house knowledge of an item, they will use outside sources to evaluate it. This is a rare event.

Unlike many auctions, Rock Island Auction publishes what individual lots have sold for. Those prices can be found with searches on the Internet. The price is the total paid for the item, which includes the buyer’s premium.

Lots are determined by what consignments are available for each auction. President Hogan said it is difficult for RIA to make money on an auction lot that sells for less than $300. It is one of the reasons there are often several items in a lot.

Auctions are conducted at a fast pace. Because the catalog items are known for weeks in advance, bids that have come in prior to auction day set a price close to market value. Those willing to pay a bit more are quickly accommodated. The average lot is on the block for 30 seconds or less.  There are seldom any surprises.

Rock Island Auction handles about 1200 lots a day during an auction, about 150 an hour! There are often a hundred or more bids on a lot before the auction ever starts.

There are several services offered to the buyer.

RIA fields thousands of questions a month from buyers. Their trained evaluators will hold the item in their hands and answer questions that cannot easily be determined by a few photographs.  President Hogan encourages buyers and bidders to call and ask questions about particular lots/items.

If a buyer is looking for a particular item, they can sign up with RIA, and place that item on a wish list. The bidder will be notified when an item they are interested in becomes available.

If a buyer wishes to bid by telephone, they can sign up to have a text message sent to their phone in advance of the item coming up. An assigned RIA assistant will help in making bids for the item over the phone.

Bids made over the Internet can be placed with a maximum amount. It is possible to win an auction for less, depending on the competition. Your winning bid may be less than what you placed as a maximum bid.

Rock Island Auction has Rock Island Live to allow for live online bidding, as an alternative to Proxibid. Rock Island charges 1% for this service.

Proxibid is a third-party site, which carries the RIA catalog.

Rock Island Auction has its own Youtube channel, with about 500 videos available on the Internet. Ian McCollum, of Forgotten Weapons, often works with RIA to show particular unusual firearms which are available.

This correspondent has viewed several of Ian’s videos. They are well done. When searching the Internet for particular historical firearms, Rock Island Auction repeatedly showed up.

President Kevin Hogan said the current demand for firearms is insatiable. He is of the opinion that collectible firearms are under-priced compared to many other collectible markets.

RIA handles everything related to firearms. They handle accessories and books, often sold in lots.

This correspondent has spent considerable time looking at the items available on RIA offerings. They are the current equivalent of the Sears or Wards catalog “wish book”.

If a buyer bids via Proxybid online, an additional 3% is added to the buyer’s premium, resulting in a total of 21.5%.

The buyer’s premium and credit card fees are paid on the “hammer amount” (winning bid).