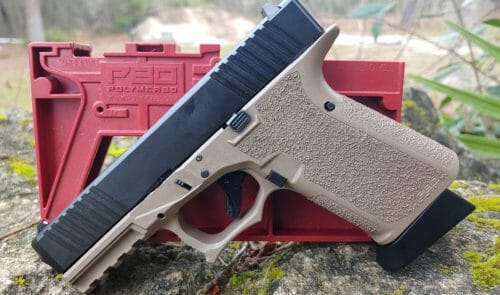 PHILADELPHIA, PA –-(Ammoland.com)- Gun Owners of America (GOA) and Gun Owners Foundation (GOF) have teamed up with four Philadelphians to sue Philadelphia over banning their residents from making their own firearms.

PA Code Title 18, Section 6120 creates preemption in Pennsylvania. The law explicitly prohibits localities from making their own gun laws. Philadelphia has ignored the law and has lost in court three times trying to defend laws that run afoul of the State statute. Lawmakers in the City of Brotherly Love have continued to pass laws that have little to no chance of standing up to a legal challenge. Gun rights advocates believe the laws are put in place to burden gun owners.

“It’s not that the Mayor and City Council don’t know they can’t pass these laws, it’s that they don’t care” said Andrew Austin, one of the attorneys representing the Plaintiffs. “It’s more important for them to get a news headline by passing an illegal law than it is for them to actually help their citizens. It’s a real shame.”

Dr. Val Finnell, the Pennsylvania Director for GOA, agrees with Austin’s assertion that certain anti-gun localities don’t care about the State’s preemption laws and just pass these laws at the expense of the taxpayer’s dollars to capture headlines for political theater.

“Cities like Philadelphia and Pittsburgh continue to violate the preemption law and attack the Constitutional rights of their citizens with impunity,” Dr. Finnell said. “This latest effort is part of a coordinated strategy with PA’s anti-gun Attorney General, Josh Shapiro, to ban homemade firearms statewide and nationally,”

Homemade firearms have been at the center of controversy in Pennsylvania.

Sharipo and State Rep Amen Brown teamed with the help of Firearms Owners Against Crime (FOAC) president Kim Stolfer to pressure Eagle Arms to ban unfinished frames and receivers from its gun shows. The move hurt JSD Supply which is a Pennsylvania business. Stolfer and Brown have stated that they wanted a paper trail of people buying firearms. The two men claimed that people were buying kits by the hundreds at the gun shows.

AmmoLand spoke to an investigator in the AG’s office that investigates the sale of these unfinished kits on the condition of anonymity. Even though that investigator believes the kits should be serialized, they said that the statement made by the three men is misleading at best and a lie at worst. AmmoLand was told there wasn’t a single documented case of someone buying hundreds of Polymer80 kits. The source said throughout a show, someone will have multiple people purchase kits for them. Over two days, it can add up to the dozens, but no one has seen hundreds.

AmmoLand’s anonymous source says the rumor of hundreds of kits sold was started by another vendor who reported a customer had purchased $38,000 worth of kits. The vendor also provided pictures of the buyers as well as license plates. Our source says the amount spent at the booth by that customer was closer to $3,800. Unfinished frames and receivers Vendors at the gun shows have been under surveillance by the AGs office for months, and a sale that size would have been noticed.

GOA reached out to help JSD Supply when politicians and even so-called “gun rights” activists started attacking the company for selling in “certain areas.” JSD Supply refused to back down and have activity fought against what they see as a racist attack against its customers. The company has teamed up with GOA to push back against “ghost guns” laws in  Pennsylvania and nationally.

Gun Owners of America says they are “drawing a line in the sand starting with Philadelphia to protect the rights of citizens to build their own guns nationwide.”