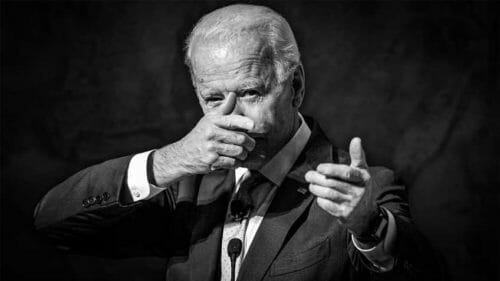 New Jersey – -(AmmoLand.com)-  With the impending doom of gunmegeddon and the uncertainty of what may come from all the introduced bills, there is big talk about the White House taking executive measures to stop so-called gun violence.  You might have missed it, but I did something clever.  I said “executive measures”, essentially is a non-sense phrase.  Why does that matter?  Because of a very interesting thing that was pointed out in a recent video I watched.

Like many of our readers, I’m a subscriber of many content creators.  I take in Second Amendment information all day every day.  Unlike some content creators that take from well-researched articles and do not cite their sources (you know who you are out there and we know you do it, toss us a bone once in a while please!) to make their videos, I’m going to take from a well-researched video and tell you exactly where I’m getting the information from.

Braden Langley, from the Langley Outdoors Academy has a youtube channel and puts out some really great and regular content.  A former student and now friend of mine turned me onto his material and his channel is growing.  Langley’s videos are short, to the point, and my personal favorite, he cites all his sources.  Braden is a content creator but is not afraid to share the credit where credit is due.

In it he goes into detail about the fancy wordplay that is going on concerning the executive measures that the Biden Administration may or may not take.  I’m just using the phrase executive measures to include the White House’s cache of executive actions versus executive orders.  Looking into what Langley explains, I wanted to follow up with some more supporting details, and found in an NPR article by Scott Neuman the following information:

A presidential executive order “is a directive issued to federal agencies, department heads, or other federal employees by the President of the United States under his statutory or constitutional powers,” according to Robert Longley, writing at usgovinfo.about.com. “In many ways, presidential executive orders are similar to written orders, or instructions issued by the president of a corporation to its department heads or directors.”

By contrast, a presidential executive action is kind of a catch-all term, writes NBC, which quoted an unnamed administration official in 2011 as saying: “It just means something the executive branch does. The use of any of a number of tools in the executive branch’s toolbox.”

Political writer Tom Murse says: “[Most] executive actions carry no legal weight. Those that do actually set policy can be invalidated by the courts or undone by legislation passed by Congress.”

Langley in his video cited: Executive action vs. executive order: What’s the difference? if you want to follow up with his research.

Watching one of the recent press conferences that Langely cites, where there were questions about executive orders, let’s pay close attention to the wordplay:

Reporter:  And just to get some clarity on yesterday, are we, should we still be expecting executive orders from the president on gun measures?

Reporter:  Defiantly, or what, what do you, like a month from now?  What do you think the time-frame is?

The presser where this q and a occurred can be watched in full here:

As Langley states in his content, if we as a country are looking at “executive actions”, they essentially hold no actual weight of law and can be undone easily.

One other cute headline I read while reading about this:  “Analysis: Biden White House tries to craft gun executive orders that can’t be undone”, from a Reuters article, further expands in the body of their text:

The White House is trying to craft a series of executive actions for President Joe Biden to sign to try to limit gun violence, hoping they cannot be quickly dismantled in court, according to aides and gun safety groups.

They baited readers with the phrase “executive orders” and did the switch to “executive actions” in the actual reporting.

There are two takeaways here.  One, whatever Biden does concerning “actions” will hold little to no weight of law at all, and all easy to be undone.  Two, give credit where credit is due.  Many thanks again to Langley for creating his video on the subject.  For other content creators out there, a simple hat tip would be nice to some of us 2A writers.  Many of us can also be reached as well for comment, we’re all in this together!

Langley’s video can be viewed in full here: