Oklahoma: Multiple Pro-Gun Bills Signed or a Step Away from Signature 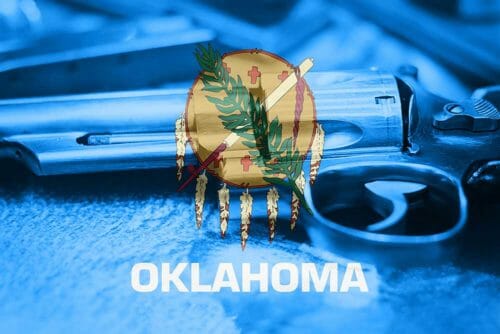 U.S.A. -(AmmoLand.com)- Numerous pro-gun measures have advanced through the Oklahoma Legislature and been signed into law.  Two others are also pending procedural votes before being sent to the desk of Governor Kevin Stitt, and your Senate needs to hear from you.  Those bills are all outlined below:

Pro-gun bills that have been signed into law:

Thank you to those legislators who supported these pro-gun measures, and to Governor Stitt for signing them into law.  Please click the above “Take Action” button to contact your State Senator.

The post Oklahoma: Multiple Pro-Gun Bills Signed or a Step Away from Signature appeared first on AmmoLand.com.