Oregon: These Traitor Politicians Must Be Stopped ~ Take Action 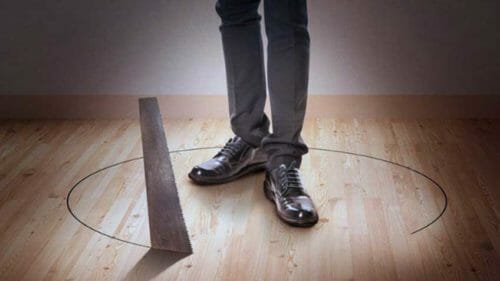 The sole purpose of the bill is to further weaken the Republican Party and attack two Senators who are new party officers.

It’s no coincidence that those targeted Senators are among the 6 who stood up for their constituents’ gun rights and refused to participate in the charade that was SB 554.

SB 554 is the radical anti-gun bill passed with the help of 6 Republican Senators and almost all Republican House members who remained on the floor for the vote, thus giving the anti-gun Democrats the quorum they needed to pass this dangerous legislation.

Senators Bill Hansell and Lynn Findley, not content with helping the Democrats pass that bill, are now attacking Senators Dallas Heard and Dennis Linthicum, who walked off the floor in opposition to the bill.

Heard and Linthicum are among the newly elected leaders of the Republican Party. They took over in February after a vote of party officials. They won overwhelmingly and replaced the old guard whose rudderless leadership has been so costly to the party.

But this victory was not cheered by everyone and forces in the old guard, furious that they have finally been replaced by real leaders, decided to undermine the new team and convinced Findley and Hansell to do their dirty work.

For the record, they also convinced Senator Dick Anderson, but he withdrew his name from the bill.

What the bill does is punish Linthicum and Heard by prohibiting them from serving as Senators and officials in the party. They are the only two people in the entire state that the bill would apply to.

The bill calls for fines of $250.00 a day if they don’t step down. This is how the left governs. If they don’t like something they make it a crime. And now they have traitors like Findley and Hansell acting as their water boys.

It’s hard to describe this level of cowardly vindictiveness.

Hansell and Findley have been taking a lot of heat for being part of the cabal, led by Republican “leader” Fred Girod, who sold out gun owners, and all Oregonians, by greasing the skids for the passage of extreme new gun control measures, but they are also letting other terrible bills pass.

They are unlikely to seek reelection so they were the perfect tools to crawl into bed with the left to promote the destruction of the opposition.

Staffers in Fred Girod’s office comically told callers that Girod had “not read the bill” but his comments indicate otherwise.

Bill Hansell issued a particularly lame and unbelievable excuse for his revolting attack on his own party.

The bill is now scheduled for a hearing on May 18th, 2018 in the Senate Rules Committee. A committee chaired by, surprise, surprise, leftist Rob Wagner.

If the bill is passed out of Wagner’s committee, which is likely, it will almost certainly pass on the Senate floor. The Democrats would love the opportunity to stick it to the Republican Party, and cowards like Hansell, Findley, and Girod will certainly provide the quorum the Democrats need.

This kind of outrageous meddling in the operations of the party is a disgrace. Something we are growing accustomed to by the sellouts in the Republican Caucus. It’s critical that this bill be stopped.

You can upload testimony in opposition using this link: olis.oregonlegislature.gov/liz/2021R1/Testimony/SRULES

Please be sure to use the drop-down menu and pick “May 18th”. You can use this link to see examples of opposition testimony. olis.oregonlegislature.gov/liz/2021R1/Measures/Testimony/SB865

It’s important to get your testimony on the record, but more important right now would be contacting Senate President Peter Courtney and demand that he stop this vicious attack on two upstanding men and the internal policies of the Republican Party.

A handful of vindictive has-beens should not be allowed to poison the well to satisfy the destructive urges of a collection of losers.

On another note, as you probably know, our friend House Rep Mike Nearman has now been indicted for the “crime” of opening a door. When Mike opened a door to the capitol, the worst possible thing happened. Oregon voters got into their own building. A building they have been locked out of for this entire legislative session.

Many of you have generously responded to our call for support of Mike. We are deeply grateful. If you would like to help Mike fight a rigged system please view this link.

To everyone who has contributed to Mike’s defense, we thank you and Mike thanks you. To all of you who continue to contribute to our efforts here at OFF, we want to extend or sincerest gratitude as well.

Oregon is facing the greatest crisis in our lifetime. The state is literally crumbling and the people who are working valiantly to save it are being torpedoed by their own troops. Everything you do to stand in the way of the turncoats means a great deal. Thank you for staying in the fight.

The post Oregon: These Traitor Politicians Must Be Stopped ~ Take Action appeared first on AmmoLand.com.