NRA Bankruptcy Thrown Out… NRA Members are the Big Losers 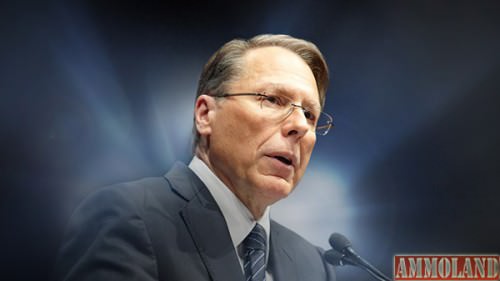 USA – -(AmmoLand.com)- Judge Harlin Hale has thrown out the NRA’s bankruptcy case, saying it was not filed in good faith, meaning that the reasons stated for filing the Chapter 11 action were not legally valid.

He also expressed serious concerns about “the surreptitious manner in which Mr. LaPierre obtained and exercised authority to file bankruptcy for the NRA. Excluding so many people from the process of deciding to file for bankruptcy, including the vast majority of the board of directors, the chief financial officer, and the general counsel, is nothing less than shocking.”

In fact, Mr. LaPierre probably did not have the legal authority to file the bankruptcy. While he claimed the authority based on a minor clause in his contract, which the Board approved at their January 7th, 2021 meeting, that ambiguous clause would be difficult to realistically construe to authorize LaPierre to take such drastic action without the direct approval of the Board.

The Bylaws don’t explicitly spell it out – who would ever imagine the need to do so – but they do expressly limit the power of the Executive Committee and forbid any other committee from ever being delegated any powers that are forbidden to the Executive Committee, so it is a serious stretch to claim that those powers could be casually delegated to one officer.

Even more disturbing to me than LaPierre’s “surreptitious manner” of acquiring some semblance of authority to file the bankruptcy, was the Board’s willingness to go along with it after the fact.

Clearly LaPierre, attorney Brewer, President Meadows, 1st VP Cotton, and 2nd VP Lee knew about the plan to file bankruptcy, and they intentionally kept the plan hidden from almost all of the rest of the Board. That’s known as a lie of omission. They knowingly included an ambiguous clause in LaPierre’s new contract, and intentionally drew attention away from that clause, all with the intention of claiming that Board approval of the contract amounted to Board approval of the bankruptcy filing.

With all of that being undeniably true, what’s astounding to me is that the Board came together weeks later and rubber-stamped the whole thing, ignoring the fact that they were blatantly lied to and manipulated. How spineless and subservient must you be – or blindly committed to “Team LaPierre” – to blithely accept having your subordinates and peers intentionally mislead and manipulate you, then retroactively approve of their behavior? It’s not just shocking, it’s sad and repugnant.

The legality of the bankruptcy filing and the Board’s cowed response aside for the moment though, the big question after Judge Hale’s ruling is: What now? With the bankruptcy dismissed, where does the NRA stand and what can NRA members expect next?

The answer is that aside from NRA and other interested parties being well over $10 million dollars poorer, and the lawyers being over $10 million dollars richer, we are approximately right where we were six months ago, before the bankruptcy filing. The top concern is once again the suit to dissolve the NRA filed by New York Attorney General Letitia James, who didn’t have to spend a dime of her own money in the bankruptcy suit, but who gained all sorts of additional insights from the testimony in that case.

NRA could try to come up with some novel excuses and file bankruptcy again – as the Board has already authorized – but Judge Hale made it clear that, if they do that, they can expect him to dig deeper into the details of their operation in ways that LaPierre and company would almost certainly find seriously uncomfortable. So that option, while technically still on the table, is not at all likely to be chosen.

The Texas court ruled: “The @NRA did not file the bankruptcy petition in good faith.”

So we’re back to the battle between Letitia James and the group she publicly referred to as a “criminal enterprise,” and a “terrorist organization.” James made a public statement after the bankruptcy case was thrown out, saying that her case pushing for the dissolution of the NRA will resume early next year. That gives the NRA a few months to prepare and offers the members and the Board of Directors one last chance to take the action necessary to save the Association from total destruction.

As I reported last August when James filed the suit, NRA members are left hanging in the breeze in that case. Wayne LaPierre, his former Chief of Staff Josh Powell, Secretary John Frazer, and former Treasurer Woody Phillips, are all named defendants in the suit, along with the NRA itself. So LaPierre has a personal defense attorney, as do the others, and the NRA is represented by William Brewer Attorneys and Counselors. The same lawyer LaPierre hired in 2017 to “fix” this situation, and who he has paid approximately $2 million per month (or more) out of NRA coffers ever since.

Missing in all of this is anyone representing the folks actually paying the bills – NRA Members.

Technically, legally, the one person in this case who is supposed to be representing the members of the NRA, is Letitia James. But she’s made it pretty clear that she hates us, so I’m not holding my breath waiting for her to stand up in defense of my rights and interests.

One would hope that Brewer and his expensive minions would take a stand on behalf of the members, but he’s made it clear from the start that his primary client is Wayne LaPierre, and the board has similarly lined up in support of LaPierre, over the membership and the Association itself.

I have a big problem with that, and so should you.

Moving forward, we have two major issues to deal with:

Thanks to Letitia James’ “early next year” timetable for the suit, we have the opportunity at the NRA Members’ Meeting in Houston in September, to try and make significant changes to NRA’s governance. Under the cover of COVID-19, the ability to nominate Board candidates by petition was completely wiped out this year, so we have no way of mounting a major push for a shift in the makeup of the Board. There are actually a couple of people nominated by the Nominating Committee, who I think would serve honorably, so we have a chance of gaining a couple of seats, but we’re also losing seats, and the current Directors just keep digging their heels in deeper and refusing to engage their brains.

The overarching problem is that, regardless of how much he might have “course-corrected” or initiated new “good governance” policies, Wayne LaPierre was at the heart of the corruption and bad governance policies that ran rampant in the NRA for over 20 years, and his – and the Board’s – behavior during the bankruptcy clearly demonstrate that he remains “above the law” within NRA and controls the organization. The Board of Directors’ refusal to take significant action to purge the NRA of every hint of scandal or malfeasance, and their kowtowing to LaPierre in the bankruptcy, demonstrates a serious lack of accountability and attention to fiduciary duty.

That’s what puts the Association at risk. Had the Board chosen an interim EVP to replace LaPierre in Indianapolis in 2019, and continued by removing anyone else – whether employee, vendor, or Director – who had even a hint of scandal about them, then AG James would have no case whatsoever against the NRA itself. She would have to satisfy her hatred and political ambitions by going after the people who she claims actually broke laws and abused their positions, and would be forced to acknowledge that the Association was a victim, not a culprit.

But because the Board has steadfastly refused to do anything but protect Wayne LaPierre, they have made AG James’ case for her, that the Association is corrupt throughout and has no hope of redemption, and therefore must be dissolved.

We, the members, will have one last shot at the Members’ Meeting in Houston, to force the Board to wake up and do what’s needed to protect the Association. If we fail, then our last hope is to file a motion to Intervene in the NY suit, as a way of making sure that members actually have a voice in the case. But that’s easier said than done. First, filing an Intervention motion costs money. We’d need to find an attorney willing to take on our case, and we’d have to pay him something like $20,000 to $30,000 as a retainer. From there, we’d need to establish “standing,” proving to the court that we have a rational, legal interest in the case – again, easier said than done. Finally, assuming we could raise enough to pay an attorney, and that we could establish legal standing, we’d need to be able to present a unified front to the judge and convince him that we are able to speak for a large number of NRA members.

None of this will be easy, and unfortunately, some people’s feelings will be hurt along the way, but for those who want to save and restore the NRA, this is the only path I see.

The Firearms Coalition is a loose-knit coalition of individual Second Amendment activists, clubs, and civil rights organizations. Founded by Neal Knox in 1984, the organization provides support to grassroots activists in the form of education, analysis of current issues, and a historical perspective of the gun rights movement. The Firearms Coalition has offices in Buckeye, Arizona, and Manassas, VA. Visit: www.FirearmsCoalition.org.

The post NRA Bankruptcy Thrown Out… NRA Members are the Big Losers appeared first on AmmoLand.com.