Safeshield Coin and the Dangers of Not Embracing Cryptocurrencies 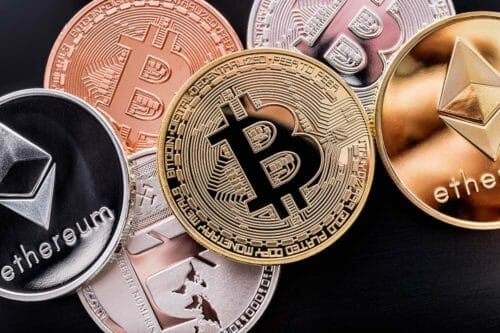 U.S.A. –-(Ammoland.com)- Cryptocurrency for guns and gun accessories on the internet is coming sooner than later. It is going to be us, as the gun community, to adopt gun-friendly cryptocurrencies before being forced into coins with baked-in gun control.

For full disclosure, I am an early adopter of TUSC (The Universal Settlement Coin). TUSC is a gun-friendly cryptocurrency designed with the firearms market in mind. I believe in the project, and I hope to see it succeed. I am invested in TUSC financially and time wise. I have used TUSC to buy body armor and other items. I think it is essential that the project succeeds.

I also believe in TUSC because it overcomes some of the shortcomings of coins like Bitcoin.

Bitcoin takes at least ten minutes to process. Sometimes it takes longer. When you buy Bitcoin from an exchange like Coinbase, and it shows up instantly in your wallet. But it isn’t really there. Coinbase is fronting you the Bitcoin until the transfer is complete. Also, the higher the traffic, the higher the fees.

The processing time of Bitcoin cannot be changed because of block size limitations and other technical shortcomings without a “hard fork,” which basically means that a new currency would be formed. Projects like TUSC have a fixed transaction fee and a max of three-second processing, making it more suitable for retail. Think of Bitcoin as digital gold. It is an investment. In the online gun retail world, we need to find something that is meant for retail.

It should come as no surprise that banks and credit card companies will eventually block their customers from using their services to purchases firearms and firearms accessories. Under Obama, the Department of Justice launched “Operation Choke Point.” That underhanded technique put pressure on the financial institutions to consider firearms companies as “high risk,” which pushed many credit card processors away from dealing with the gun world.

With Biden in office, we should expect a return of an “Operation Choke Point” like move by the Department of Justice.

The Biden administration will likely push their back door control measure further than Obama ever would have dreamed, which brings up the idea of cryptocurrencies.

Most people think of cryptocurrencies as an anonymous form of payment. This feeling of being unknown isn’t exactly the case. These “coins,” such as Bitcoin, run on blockchain technologies. What this is mean is that everything is done through distributed processing of transaction on a ledger. That means you can tell what comes in and goes out of a wallet. There is a way to move coins through “alt-coins” to become anonymous, but that is beyond the scope of the article.

Blockchain is a good thing because there is no way to stop someone from paying in cryptocurrencies. But there is also a downside. Blockchain can also be used for gun control. It isn’t even theoretical anymore, and we see such coins like Safeshield Coin emerge on the market.

One way gun control advocates can cryptocurrencies is by attaching a coin to each firearm. Every time you sell a gun, the coin would be transferred to a new owner. This required transfer would keep a record of every sale. It would be a gun registry using blockchain technology. Companies are already working on these types of technologies.

Safeshield is one of the big players emerging on the Cryptocurrency front for guns.

This cryptocurrency is a project of SYK Holdings. The company also owns the Dept of Arms, which is a gun shop. The company claims to be protecting our rights by compromising them away at the same time.

The company wrote on its Twitter feed: “Being hated because we are trying to provide a means for gun control while not infringing on the second amendment is the most cancel culture thing ever.”

Being hated because we are trying to provide a means for gun control while not infringing on the second amendment is the most cancel culture thing ever.

Better gun control is needed. However, infringement upon American rights is not.

SafeShield is not the enemy. pic.twitter.com/YhX0MRqRJN

To understand the controversy around Safeshield Coin, we need to look at what it does. The coin will keep a registry of all sales. The FFL information, the buyer, the serial number of the firearm, and all data will be stored on the blockchain. It is a distributed gun registry. Also, the goal of the coin is to run daily background checks on the gun owner. If a red flag is raised during these checks, law enforcement will be notified.

This development of gun control coins is the danger of not adopting a cryptocurrency that protects privacy. With Big Brother putting pressure on banks and credit card companies to stop online sales, it is time to embrace the technology before the anti-gun lobby or those willing to compromise our rights force something down our throats.

I tried multiple times to reach out to Safeshield Coin about their coin, but they never responded to my attempts.

The post Safeshield Coin and the Dangers of Not Embracing Cryptocurrencies appeared first on AmmoLand.com.