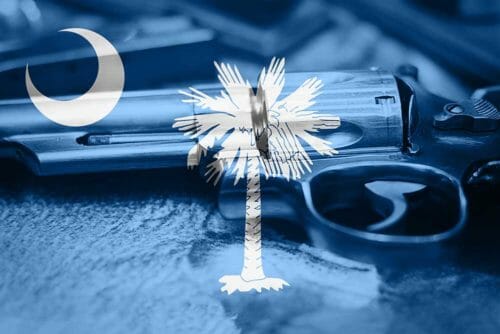 U.S.A. –-(AmmoLand.com)- On 27 April, 2021, the Senate Judiciary subcommittee failed to vote on Open Carry with Training, HB3094. An activist had written, in 2018, the Judiciary committee is where gun reform bills go to die. He seemed to be prescient, from long experience.

Then the unexpected happened.

The Senate voted to recall HB3094 from the Judiciary committee. A recall vote for a bill is not common, but it happens.

This correspondent spoke with Senator Rex Rice, a strong proponent of Constitutional Carry in the South Carolina legislature. He had predicted the subcommittee would approve of HB3094, but if it did not, there would be a recall vote.

He had this to say, according to WLTX:

“You can carry a weapon openly if this bill is adopted and I’m offended by that,” said committee chair Sen. Larry Martin (R-Pickens).

The recall vote was a very strong 27 for and 12 against, with 1 not voting. There are 40 South Carolina senators.

This correspondent asked Senator Rice, with more than a two-thirds vote to recall the bill, wasn’t the passage of the bill almost certain?

The answer showed how complex political maneuvering can be. Senator Rice said about half of those voting to recall the bill were serious proponents of Constitutional Carry. They had told the other half, if they did not obtain something this session, the others would not obtain anything they wanted to pass, either.

It is nearly certain a move will be made to substitute a version of Constitutional Carry (passed by the House as HB3096), for HB3094.

The South Carolina House voted to pass Constitutional Carry with a strong 69 to 47 majority.

It seems likely Open Carry with Training will pass the Senate, and be signed into law. It is less likely, but plausible, Constitutional Carry will be passed and signed into law.

Senator Rice believes Governor Henry McMaster will sign either bill if they pass the legislature.

In politics, there are trends and waves. With the close and contested election of President Biden, voters and state legislatures feel the need to assert Constitutional rights. Constitutional Carry is riding the wave. Nearly 50% of the land area of the United States is covered by law where adults can carry handguns, openly or concealed, without government permission, in most public spaces.

90% of the states provide for the open carry of handguns in their laws.