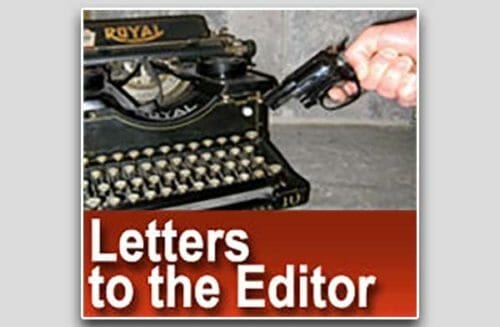 Letter to the AmmoLand Editor
By reader Donald L. Cline. 2021

USA – -(AmmoLand.com)- The Brady Act background checks have never prevented a crime nor criminal access to a firearm in the history of the Act and were never intended to: The Brady Act was and is intended to sucker citizens into waiving their RIGHT to keep and bear arms in exchange for a revocable government permission government has no lawful authority to issue or deny.

The object is to make us as helpless as the citizens of other so-called “western democracies” where governments claim their citizens have “rights,” but in fact their rights are but government-issued privileges, revocable at any time whenever the government deems it prudent or politically advantageous to do so.

By contrast, under our U.S. Constitution, our rights are beyond the reach of government at any level.

Thirdly, the federal requirement of completing a Form 4473 upon the purchase of a firearm from a dealer violates our 4th Amendment right to be secure from unreasonable searches and seizures in the absence of a warrant attesting under penalty of perjury probable cause of criminal conduct. Unlike the hapless citizens of other countries, we are not required to explain or justify ourselves to government in the absence of probable cause.

Fourthly, being compelled to ask government permission to exercise our right is a “taking” of the right without due process in violation of our 5th Amendment right to due process – and due process is not established other than by a criminal court trial founded upon probable cause of criminal conduct.

[Aside: This is the legal failure of “Red Flag Laws;” the victim is not a defendant in a criminal action; he is a respondent in an action at equity (i.e., a civil action based on contract), and under our form of government, rights cannot be abridged at equity except according to the terms of a contract, and we are not under contract to government.]

Fifthly, it is a long-standing doctrine of law that a citizen may not be compelled to waive any right in order to be allowed to exercise a right. This right is protected by the Ninth Amendment. We cannot lawfully be required to waive our 2nd, 4th, 5th, or 9th Amendment rights in order to exercise our right to keep and bear arms.

Sixthly, we cannot lawfully be required to waive our 10th Amendment right to be secure from the federal exercise of power not delegated to the federal government, and to be secure from the State exercise of power prohibited by any of the Bill of Rights, including but not limited to the 2nd Amendment. The State exercise of prohibited power also occurs when any State-created municipal or corporate entity enforces restrictions on the right to keep and bear arms on any premises open to the public.

Lastly, it has been claimed the argument the communists … er … Democrats … use to justify gun control legislation and enforcement is the Commerce Clause, for firearms and the parts used to manufacture them move in interstate commerce prior to reaching the dealer. This argument is absurd on its face on the grounds that the Bill of Rights supersedes the Commerce Clause: I.e., the Commerce Clause may authorize the regulation, even the restriction, of kumquats moving in Interstate Commerce, but no one has a RIGHT to kumquats. We have a RIGHT to keep and bear arms, and that includes the ancillary right to purchase, sell, trade, transfer, or otherwise commercially transact in personal arms and ammunition and accessories.

Defining a town, city, or county as a Constitutional 2nd Amendment area is a very good first step. The next step should be defining the State as a Constitutional 2nd Amendment State, as it is already in most States by virtue of the State Constitution. The next step should be to prohibit federal licensing of firearm dealers within the State, and reject with extreme prejudice all federal attempts to maintain it. This will probably require a judicial decision, but even if the judicial decision goes against us, the fight will energize the people of the State into rejecting federal interference in our rights.

Somewhere in this process we should also mount a movement to establish a legislative resolution declaring the 17th Amendment null and void for want of ratification. Article V U.S. Constitution specifically prohibits any amendment depriving any State of its suffrage in the U.S. Senate without its Consent. The 17th Amendment was illegally declared ratified in 1913 by an openly communist SecState William Jennings Bryan under an openly communist President Woodrow Wilson even though ten States withheld their Consent. The object was to remove State oversight and constraint on the federal government, which was and is the wholly-owned subsidiary of the sovereign States.

That illegal action is directly traceable to the 2nd Bolshevik Revolution we are currently enduring.

The post Why the Brady Act Is Unconstitutional ~ Letter to the AmmoLand News Editor appeared first on AmmoLand.com.