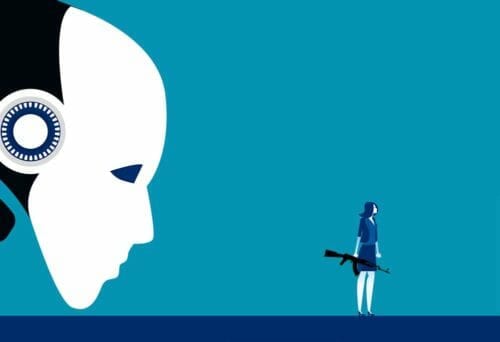 The first copy of the User Manual was obtained from a GOA’s initiated Freedom of Information Act (FOIA) request to the FBI. The law enforcement agency heavily redacted the document. Certain information is exempt from FOIA requests. If an agency decides the information is exempt, they will blackout that section of the supplied document. Disputing what the government agencies can redact from public view tends to end up in courts, and fighting them is a drawn-out and time-consuming process.

Instead, we worked our contacts and were able to get a second copy of the FBI’s National Instant Criminal Background Check System (NICS) User Manual from another source that showed the redacted information.

Neither can the FBI use INTERPOL’s Foreign Fugitive File to deny the transfer of a firearm. This action begs the question of why the FBI would run a gun buyer against that part of NCIC. The document states that even though a person on the FFF doesn’t make them a “prohibited person.” It does raise a red flag for the FBI.

According to the unredacted copy of the NICS User Guide, the FBI employee doesn’t stop the transfer of the firearm at your local gun shop. After the sale is complete, the FBI representative will request the buyer’s address and personal information with a call to the FFL, who is compelled to cooperate. The FBI will then pass along the address, and possibly other private information, of the person who legally purchased a firearm to INTERPOL.

Gun owners have been told background checks are ONLY used to verify a person’s eligibility to buy a gun. This document seems to dispute this assertion. Now you can see why they want Universal Background Checks so bad…

NICS, in this case, is used to gather information on a U.S citizen or someone in the country legally who is eligible to buy a firearm. That intelligence is then supplied to a foreign law enforcement agency. It is unclear what INTERPOL does with the FBI-provided information, but it is clear that the target for the snooping is never informed that the FBI handed over their data to INTERPOL.

As in an earlier AmmoLand report, the number of people NICS denies for drug charges has fallen significantly over the past few years. At the time, AmmoLand News theorized that this could be because the decriminalization of marijuana in states around the country has led to fewer arrests.

The NICS User Manual gives another reason. The FBI rules allow the states to remove prohibiting offenses on someone’s record from the NICS database. That could mean that states are removing prior drug convictions from the person’s record in NICS because the procession of certain drugs is not prohibited under their state law. This ability to change records could explain the sharp in drug convictions preventing someone from buying a firearm.

Ratting You Out on Long Gun Purchases

There is also a long gun notification program built into NICS?

Buying a long gun over state lines is legal in the United States. NICS has a built-in program where an anti-gun state can request to be notified whenever their unsuspecting resident buys a long gun across state lines. In this case, on top of a state reporting a firearm sale to only NICS, NICS then reports a sale of a firearm to the nosey state. It isn’t clear how many states are signed up to use this program, but gun buyers should know it.

Also, the manual defaults to the buyers’ home-state law if the law is more restrictive than federal law. If a state law disqualifies a buyer for something that federal law does not, then the state can update NICS to reflect the disqualification. That means that California could disqualify purchases, that when made in-state violates CA’s laws, when the citizen is trying to buy a firearm in a free state like Arizona.

AmmoLand News will continue to analyze both documents and invite our citizen activists to do so as well. Working together to beat Government overreach.