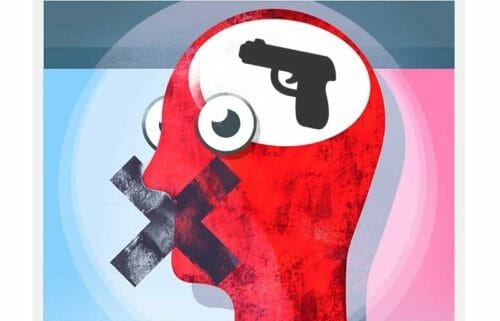 SAN FRANCISCO, CA –-(Ammoland.com)- A panel of three judges out of the Ninth Circuit Court of Appeals vacated a district court’s order that granted a motion from 22 states plus the District of Columbia that prevented the Department of State from removing 3D printed firearms associated with 3D printing files from the U.S. Munitions List – much to DEFCAD’s relief.

DEFCAD and the Department of State

Under the Obama administration, the Department of State designated common 3D printing files as a “defense article.” All defense articles are regulated for import and export. Once something is designated a defense article, it is also placed on the U.S. Munitions List. International Traffic in Arms Regulation (ITAR) then regulates the item. The Department of Commerce is the government organization that regulates non-Munitions List items under the Export Control Reform Act by placing them on the Commerce Control List (CCL).

In May of 2018, the Department of State proposed a rule that would remove 3D-printed firearms files from the Munitions List, which would remove ITAR rules. The 3D-printed gun file instructions would then be placed on the CCL. During the same period, the Department of Commerce proposed its own rules when dealing with 3D-printed gun files. Although the CCL designation is still strict, it is not as heavily regulated as the Munitions List.

The 22 states in the District of Columbia originally argued that the Department of State failed to comply with the notice requirements under the Administration Procedure Act (APA). The APA governs how government agencies propose and establish regulations.

The defendants argued that the APA does not give the U.S. Federal Courts oversight over an agency’s actions. The District Court disagreed with these defendants and issued a preliminary injunction to the rule change in 2018.

Fast forward to 2021, and the panel ruled that the “Control Act could only be read one way: Congress precluded judicial review of both of the designation and undesignation of items as defensive articles.”

The court majority is now ruling that the states did not show that they would likely succeed on the case’s merits. Preliminary injunctions are issued bias on the likelihood a lawsuit would succeed on the merits.

The decision stated “the reviewability of the Commerce Final Rule. The panel held that Congress not only barred APA challenges to Commerce’s Reform Act functions, it rendered them, in effect, judicially unreviewable.”

The dissenting judge was District Judge Robert Whaley. He said that he would affirm the district’s court order that granted the preliminary injunction. He fears that the majority ruling would allow a regulatory system without any oversight. Judge Whaley believed that the case would likely succeed.

Now It’s Too Late! The Files Have Already Been Set Free!

As of the time of this post, all the 3D Gun files subject to the original injunction have now been released onto the world wide web and can no longer be regulated, restricted, or banned by courts, states, or governments. “You can’t stop the signal Mal”

Cody Wilson and Defense Distributed have been stifled for the last three years because of the previous injunction. Since the court has now vacated the original injunction, they have now released all their files and transfer them to the public. Since ITAR can’t regulate files in the public domain, the move prevents the Biden administration from once again using ITAR to restrict access to the files. AmmoLand News encourages all readers to log in at the link above and download the files for further distribution. Even if you are not yet ready to print.  Please freely share the data and the push to expand free speech across the web.

The company is also allowing users to upload their “ghost gun” files (a fake term the media uses to scare uninformed viewers) to the site. That way, their files will also enter the public domain and be free of ITAR restrictions. Wilson sees this move as a way of heading off further attacks on the free speech of internet users.

“As of today, we have validated anyone who shares CAD data on our site,” Wilson told AmmoLand News. “Anyone who uploads their files will be protecting the Second Amendment and the Internet.“

The states will be likely to seek an en banc hearing. That means the entire court would hear the case. But, that effort may prove futile as the files are now no longer in the possession of Defense Distributed. “Can we get a “Moot Moot“?!