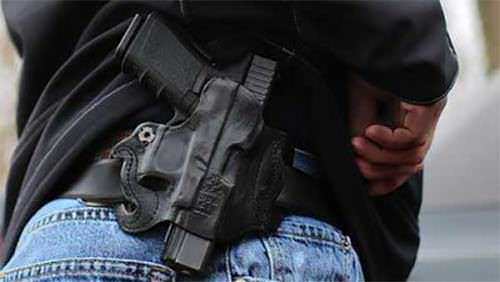 This is typically where most 2A friendly bills go to die. Everyone reading this should be contacting the Senate Judiciary committee members now. I can guarantee you Moms Demand Action will be filling up their inboxes and flooding their voice mail. The time for action is NOW!!

Senatore Luke Rankin took over the chairmanship of the Judiciary committee in 2017.

Larry A. Martin was chair of the Judiciary Committee from 2011 to 2016. Martin was credited with killing Constitutional Carry, because it authorized open carry, in 2014. From an article by this correspondent:

Senator Larry Martin is credited with killing S115 in South Carolina last year.  He had this to say, according to WLTX:

“You can carry a weapon openly if this bill is adopted and I’m offended by that,” said committee chair Sen. Larry Martin (R-Pickens).

Senator Larry Martin was defeated in a Republican primary in 2016 by Rex Rice. Senator Rice was on a Senate Judiciary subcommittee in  2018.  S 0449 was the Constitutional Carry Bill in play in 2018. The bill was heard in the subcommittee, then it died. The 2018 subcommittee had Senators Malloy (ch), Fanning, Goldfinch, Rice, and Senn as members.

Senator Rice had been a primary sponsor of S 0449.

In 2021, the subcommittee members have changed to Young (ch), Malloy, Massey, Kimpson, Garrett. Without detailed knowledge of the internal politics of the Senate Republicans and the Judiciary Committee, it is hard to know what this portends.

Bills that restore Second Amendment rights are often opposed by establishment politicians. All the tools of legislative procedure are used to kill bills without showing the responsibility for doing so.

The hearing on H3094 will tell us much about whether the bill has a chance of passing this year. There is limited time in each session. The longer a bill sits without passage, the less likely is passage.

Second Amendment Supporters are lobbying for support of H3094 in the Senate sub-committee.

South Carolina is one of only five states that ban the open carry of handguns in public places.  It is worthwhile for the Second Amendment supporters to reduce that number to four. A ban on open carry is an outlier in the history of gun laws.

South Carolina does not appear to have instituted the ban on both open and concealed carry until 1962.