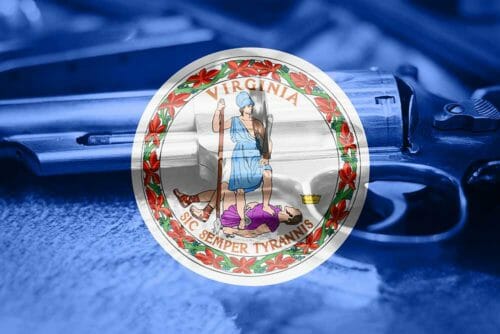 Virginia has been ground zero for the battle over gun rights ever since Michael Bloomberg dumped millions of dollars into the State to turn the House of Delegates and the Senate blue during the 2019 election cycle. The Democrat-controlled government led by Bloomberg disciple, Governor Ralph Northam, rammed through several anti-gun bills. However, their crown jewel of an “assault weapons” ban and “ghost gun” ban failed spectacularly in consecutive years. One of the bills that the anti-gun politicians were able to push through was eliminating preemption within the Commonwealth.

The local laws cannot exceed what is banned on a state level. The new bill allowed local jurisdictions to set up their own gun-free zones independent of state regulations. Places like Fairfax and Roanoke City banned guns from public parks and government buildings. Some bans extended to permitted events and adjacent streets to those activities. That means that a hunter driving by a permitted event could be unknowingly guilty of a crime. The law went into effect on July 1, 2020.

The City of Winchester sits about an hour and a half west of Washington DC. While most of Virginia is conservative and pro-gun, the high-density area surrounding DC is overwhelmingly liberal. The population of anti-gun voters outnumbers the pro-liberty citizens in the region by at least three to one. The amount of people living in Northern Virginia gives it immense power over the rest of the State.

The City of Winchester chose to take advantage of the new law and ban guns on city-owned property.

The City banned people who have always carried a firearm on the City-owned property from carrying their guns. A lot of the people the transverse City property to get their businesses.

The Walking Mall is an area that City uses for multiple festivals, including the world-famous “Apple Blossom Festival.” During those times, the ordinance would ban firearms. Mark Stickley (also on the lawsuit) uses the Walking Mall to access his business. The ban not only prevents Stickley from carrying his gun to and from his work, but it also prevents him from carrying inside his place of business because it is “open to the public.”

The ordinance also prevents Stonewall Arms from receiving firearms deliveries or engaging in Constitutionally protected commerce during permitted events. The rule would require Stonewall Arms to break the law to stay in business during frequent events.

One of the most compelling cases is that of Shannon Nuckols (also on the lawsuit). Nuckols runs a food truck called “The Mac Shack Express.” She attends festivals as a part of her business and would like to carry a firearm for protection. Her fears are not unwarranted. She has been a victim of an armed robbery in the past.

The group also claims that the City is violating Article I, Section11 of the State’s Constitution. The attorneys for the plaintiffs claim that the City is infringing the group’s right to due process.

The section reads: “no person shall be deprived of his life, liberty, of property without due process of law.”

Since the Court of Appeals of Virginia “that laws give the person of ordinary intelligence a reasonable opportunity to know what is prohibited, so that he may act accordingly,” the group claims that local gun bans fail that test since they are a patchwork of different regulations throughout the Commonwealth.

The group also says the City is violating Article I, Section 12 of the Virginia Constitution. That is Virginia’s version of the US Constitution’s First Amendment. The group argues that the City is preventing them from gathering for pro-gun demonstrations. Those demonstrations involve the right to assemble, protest, and bear arms. These types of protests have been commonplace in recent years in the Commonwealth. The suit references the VCDL lobby day of January 20, 2020, where tens of thousands of gun owners showed up armed at the State Capitol to rally for gun rights.

The group is also suing the City for violating Article I, Section 10 of the Commonwealth’s Constitution. This section protects citizens from unlawful searches and seizures. Since the Winchester City’s Ordinance allows the locality to set up metal detectors, the group claims this is a violation of their rights under the State’s Constitution.

VCDL President Philip Van Cleave claims that all local gun bans are unconstitutional under the State’s constitution and vows to fight all prohibitions. VCDL has a history of being a “GOA-like” state group. In fact, the first VCDL president, Dr. Val Finnell, works for GOA as the Pennsylvania State Director.

“VCDL cannot stand by and let local government strip Virginia citizens of their right to self-defense in public places,” Van Cleave told AmmoLand. “Enough is enough. Localities must be held accountable for their unconstitutional infringements.”

The plaintiffs are asking the court to find the ordinance unconstitutional and issue a preliminary and permanent injunction against Winchester City and the police preventing them from enforcing the ordinance. They are also asking for the court to force the defendants to notify the public of the injunction.

The plaintiffs are also asking for attorney fees. Winchester City has not responded to AmmoLand News’s request for comment.