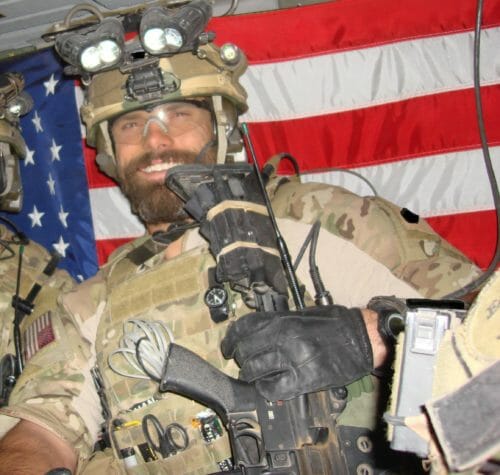 Florida, USA – (AmmoLand.com) – We live in the Golden Age of firearms training.

There has never been a better time to learn gunfighting – not defensive-pistol or tactical-shooting, but honest-to-Pete gunfighting.

Our never-ending wars have produced a small cadre of incredibly experienced Tier One Military Veterans. These elite shooters have, literally, won hundreds of gunfights, and now a few of them are teaching the skills and techniques that kept them alive to SWAT teams, street cops, and a few lucky civilians.

Gunfighters teaching real gunfighting? Things were not always this way.

For decades, new shooters had to learn from gunfight theorists – good, well-meaning instructors who taught what they thought would work – what they theorized would work in a gunfight.

Adherence to established dogma was important. More than a few gimmicks were created, copied, and passed around. Range theatrics – which we’ll delve into later – ruled the day.

But now, we’ve got actual, Tier One guys, teaching what really works. They never learned the dogma or the zany gimmickry of the past. They relied solely on what works.

There are few soldiers in our entire military who’ve been shot at more times than retired MSG Bob Keller, who spent his entire career in Army special operations, the last 12 years in Delta Force, where he became a team leader and then acting-troop sergeant major.

I need to disclose that Bob and I are friends. We co-host a [must listen to] podcast together and we’re working on a couple of books. I also need to add a quick note about my use of the D-word: Bob doesn’t use it. I can.

Bob has been on more than 1,000 missions or “hits on target” as he calls them. Many of these turned into gunfights – hundreds of gunfights.

That’s what the Tier One guys do.

“We’re going out to a gunfight every night,” Bob said. “And we’re not ever gonna back off when we get there. We’re going to the target and we’re not leaving until the dude we’re going after is dead or tied up.”

Sometimes, his team would go out three or four times a night.

“It was nonstop killing. That’s what it was,” he said. “The killing part was easy. It’s the hunting part that’s hard – working with intel and trying to find them. The hit is the easy part. When it comes to the shooting, that’s easy. We were hunting humans and we’re the best in the world at it.”

The first time Bob and I went to the range was a humbling experience. I was a good shooter, or so I thought.

I’d been to good schools in the Army and as a cop. The NRA even certified me as a law enforcement instructor. I was ready.

Pretty much nope to all of that.

I may have been a good shooter by a street cop’s standard, but these Tier One guys shoot at 3-inch dots faster than I can get around in the A, B, C, or even the D-zone of an IPSC target, and they can do it all day long, on a flat range, on the move or while bad guys are shooting back.

During the first eight hours, we spent at the range, the lightbulb over my head that flashes when I learn something new must have looked like a strobe.

And then he told me the secret – the secret to shooting like a Tier One guy.

And here it is ~ Mastery of the fundamentals.

If you want to really improve your shooting, you must first achieve mastery of the fundamentals.

Before you can fast-rope from helos, blow doors off the hinges and start learning the true Delta artform of CQB, you have to master the fundamentals, because the shooting needs to be automatic, so you can focus on the threat, not your selector switch or red dot.

How do they achieve this mastery? That’s pretty simple too. A hell of a lot of practice – both dry and live.

Range time should be focused on the fundamentals, which need to become automatic: Get the gun up, get a sight picture, take the shot.

Until you can do that without thinking, that’s how you should spend your time at the range.

The problem with a lot of other instruction out there is that it’s designed to keep students entertained.

“If I had my way, students would do nothing but Ready-Up drills for an entire two-day class,” Bob said.

To be clear, he doesn’t make his students do Ready-Up drills for two days straight – even I might rebel at that – although when he joined the Unit he did them for months on end.

While there are drills in Bob’s classes, they’re designed to reinforce the fundamentals. It’s not LARPing fun-time. Besides, no two gunfights are ever the same, and you’ll never be able to predict what will happen, so why waste precious range time with scenarios?

And here’s the real reason, regardless of what you encounter, the shooting part doesn’t ever change: get the gun up, get a sight picture, take the shot.

When you have mastered the fundamentals, when the shooting is automatic, you can win any possible scenario, because regardless of the threat, the shooting will never, ever change.

So, instead of wasting a lot of class time running scenarios, Bob prefers to get his students shooting while he walks the line coaching one-on-one. And he doesn’t miss a thing – trust me on that.

In my humble opinion, it’s a good tradeoff.

Over the next couple of months, or until I wear out my welcome at Ammoland News, I plan to dissect Bob’s training – with his permission and assistance of course – and examine his take on each of the fundamentals, and a bit of other stuff.

He’s made me a better, faster, safer, and more accurate shooter, which is his goal for everyone – our goal, actually.

I hope you will find the stories worthy of your time.

For more information about Bob Keller, visit his Instagram Page or go to Gamut Resolutions or Range Werx.

Lee Williams, who is also known as “The Gun Writer”, has been writing about the Second Amendment, firearms, the firearms industry, and the gun culture for more than 10 years. Until recently, he was also an editor for a daily newspaper in Florida. Before becoming an editor, Lee was an investigative reporter at newspapers in three states and a U.S. Territory. Before becoming a journalist, he worked as a police officer. Before becoming a cop, Lee served in the Army. He’s earned more than a dozen national journalism awards as a reporter, and three medals of valor as a cop. Lee is an avid tactical shooter.