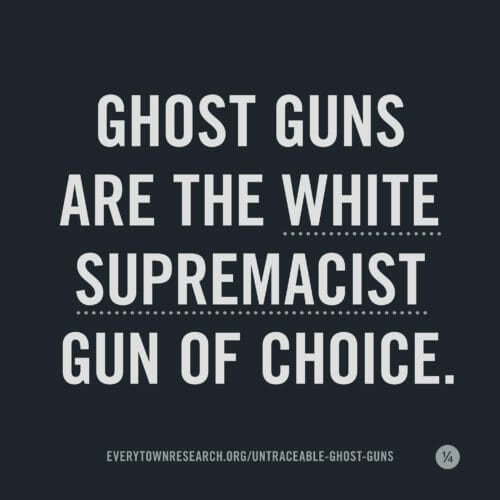 U.S.A. – -(Ammoland.com)- “An internal Department of Justice document explaining how the Biden Administration plans to restrict so-called ghost guns was leaked on Tuesday,” breaking news by Stephen Gutowski of The Reload reveals. “The 107-page document [linked to in the article] … outlines changes the Bureau of Alcohol, Tobacco, Firearms, and Explosives (ATF) wants to make to outlaw the sale of homemade gun kits by unlicensed manufactures.

“At the direction of President Joe Biden, the agency plans to propose federal rule changes, which would require anyone selling unfinished firearms receivers to obtain a federal license and mark the parts with a serial number,” Gutowski explains. “Anyone who continues to sell unfinished receivers without a license could face federal felony charges.”

It is acknowledged that the document’s authenticity has not been confirmed by ATF and that what will eventually be introduced may be revised, but that admission is just good journalistic practice. What’s being presented “smells” real enough, although considering what the government intends to do here, the word “reeks” is more appropriate.

What is undisputed is the authenticity of an April 8 Congressional Research Service report titled “Privately Made Firearms: A Growing Source of Unmarked, Untraceable ‘Ghost Guns’?” The CRS, a Library of Congress legislative branch agency, “serves as nonpartisan shared staff to congressional committees and Members of Congress. It operates solely at the behest of and under the direction of Congress.”

In the past, such reports were not shared with the public, and those of us who believed taxpayers footing the bill had a right to know relied on either “insiders” providing copies or on the activist efforts of the  Federation of American Scientists, which posted reports on its website (as AmmoLand Shooting Sports News relied on for a 2017 report on ATF funding and a 2018 report on “bump stocks”). Thanks to no small amount of squawking on the part of a handful of government transparency advocates, along with the realization that it was a losing battle trying to keep reports under wraps, they can now be accessed on the CRS site (not that most Americans know about it or even care).

The “Ghost Gun” CRS report informs Congress on the technical issues being considered for a ban, albeit, as Gutowski notes, “The proposal provides only subjective standards for what makes an unfinished part ‘readily’ convertible into a finished firearm…” That way, ATF can always come back and change the rules again.

The report also provides some nebulous “justification” political talking points, like  “it appears that the use of unmarked ‘ghost guns’ in shooting sprees, shootouts with police, and other crimes have also increased,” along with some anecdotal incidents to emphasize the point. What it does not do is quantify the scope of the perceived “problem” or qualify how such a rule change will do anything more than infringe on the rights of those inclined to obey laws.

Don’t look for Republicans in Congress, who sat on their hands when the Trump administration passed the “bump stock” rule, to make any meaningful attempt to rein in this de facto legislation by the executive branch, especially under current Democrat dominance (not that the GOP was inclined to advance the right to keep and bear arms when it had the advantage).

“Bump stocks” weren’t a hill to die on, those in the gun community who didn’t understand the issue and thought it was just about “a stupid piece of plastic” loudly chastised those of us objecting to such a dangerous rule. Then “arm braces” weren’t a hill to die on. Now, after the 90-day comment period when the government will ignore objections and do what it damn well pleases, “ghost guns” won’t be, either.

Is anybody else getting a Martin Niemöller vibe, and wondering when “they’ll” come for the magazines and semiautos in earnest, using “universal background check”-enabled registration lists (like the Democrats won’t alter the terms of the deal and scuttle the prohibition against centralized database records the second they have the votes).

Naturally, those causing the lion’s share of the violence will continue unimpeded. Meanwhile, gun owners (who have tried to be law-abiding but finally realize the choice between surrendering or defying can no longer be put off), will find there are plenty of hills to die on, with plenty of violence monopolists willing to make that happen.

About David Codrea:
David Codrea is the winner of multiple journalist awards for investigating/defending the RKBA and a long-time gun owner rights advocate who defiantly challenges the folly of citizen disarmament. He blogs at “The War on Guns: Notes from the Resistance,” is a regularly featured contributor to Firearms News, and posts on Twitter: @dcodrea and Facebook.