Nevada: Gun Ban Could Be Up For a Vote as Deadline Approaches 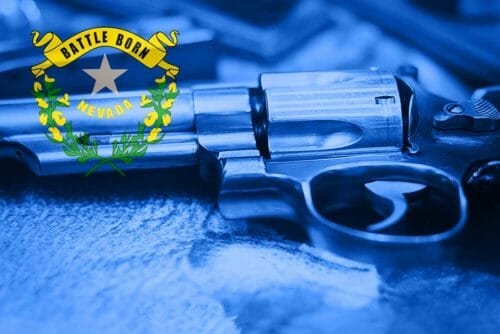 U.S.A. -(AmmoLand.com)- Tomorrow is the deadline for legislation to pass out of the chamber of origin. AB 286, legislation that massively expands “gun-free zones” in Nevada and ends the centuries-old practice of home-building firearms for personal use, can receive a vote at any time. Please contact your assembly member and ask them to OPPOSE AB 286.

It also prohibits law-abiding citizens from being able to defend themselves at certain businesses, such as hotels and shopping malls if the owners want to declare it a gun-free zone unless they receive written permission from the business. This restriction extends to the property line, meaning it includes open areas like parking lots, with limited exceptions. The bill contains no requirements for businesses to provide any security measures to guarantee the safety of these disarmed patrons, such as security guards or metal detectors to prevent armed criminals from ignoring the arbitrary boundaries and entering.​

Again, please contact your assembly member and ask them to OPPOSE AB 286.

The post Nevada: Gun Ban Could Be Up For a Vote as Deadline Approaches appeared first on AmmoLand.com.