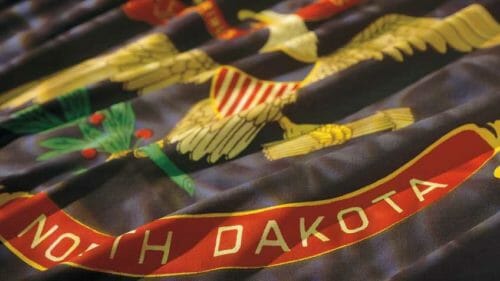 U.S.A. -(AmmoLand.com)- This morning, House Bill 1293 and House Bill 1297 were passed on a concurrence vote from the House, and will now be sent to the desk of Governor Doug Burgum for his signature.  Please contact Governor Burgum and ask him to sign these important measures into law.

House Bill 1293 expands the list of firearms that an individual can carry in their vehicle under North Dakota’s Constitutional Carry law. HB 1293 also removes the restrictions on certain times of the day when one can open carry, and reduces the residency requirement for Constitutional Carry from one year to 30 days.

House Bill 1297 expands the list of locations that law-abiding gun owners can carry a concealed firearms for self-defense.  HB 1293 clarifies that athletic events are only a prohibited location if they are “school” sporting events.  Further, the measure allows for concealed carry in churches if the church has adopted a policy to allow it instead of previously having to obtain specific permission from the preacher or counsel.