Below The Radar – Firearms Safety Act 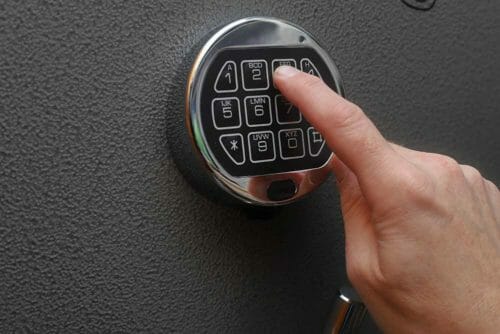 United States – -(AmmoLand.com)- These days, the phrase “gun safety” has become something that makes Second Amendment supporters clench their teeth in frustration, mostly because anti-Second Amendment extremists have co-opted the phrase in order to inflict injustice on tens of millions of Americans for crimes and acts of madness they didn’t commit. Not only that, the hijacking of “gun safety” has obscured real efforts to help Americans safely and responsibly exercise their Second Amendment rights, notably from the National Rifle Association.

One of those real efforts is S 788, the Firearms Safety Act introduced by Senator Roger Marshall (R-KS). Senator Marshall is a Second Amendment champion whose efforts we have covered here before, notably the Home Defense and Competitive Shooting Act, which he introduced in the House of Representatives in 2019. Marshall rightly deserved the backing of Second Amendment supporters for his 2020 Senate run.

The Firearms Safety Act provides for a $100 tax credit for a gun safe (eligibility is limited to one claim every ten years) and a $100 tax credit for firearms safety training (each year). Senator Marshall has even taken a precaution to ensure that these credits can’t be used as a form of backdoor gun registration.

If there is anything to quibble about, it is the paltriness of the tax credits, particularly for gun safes. A look at the Cabela’s site shows that of 77 gun safes and vaults, 43 are over $500. Furthermore, the safes are very different in terms of need. Some are meant for storing long guns, but others are meant to have a handgun available relatively quickly for home defense. It would seem logical to up the limit to twice in a ten-year period, and maybe to boost the gun safe credit to $250.

For training, the issue is not as severe, given that the $100 tax credit is available every year. The question, though, centers around what sort of training. The NRA has an online basic pistol course for $60. But some of those who anticipate using their firearms in a personal-defense situation may want more advanced training, like what the Massad Ayoob Group provides, and that can easily reach $2,000, plus lodging and other expenses. Here, the training tax credit should be upped, and not limited to one course.

It isn’t enough for Second Amendment supporters to publicly beat back the attacks from anti-Second Amendment extremists, they need to make being a responsible firearm owner easier, and in visible ways. The Firearms Safety Act is one of those ways that will benefit all of us down the road, but with the current anti-Second Amendment regimes, it will have a hard time passing.

Second Amendment supporters should politely urge their Representative and Senators to support this legislation. In addition, they need to support the NRA’s Institute for Legislative Action and Political Victory Fund to ensure that the current anti-Second Amendment regimes in the House, Senate, and White House are defeated at the ballot box as soon as possible.

The post Below The Radar – Firearms Safety Act appeared first on AmmoLand.com.