NRA-ILA: A Radical Idea: It’s Not the Gun, it’s the Criminal 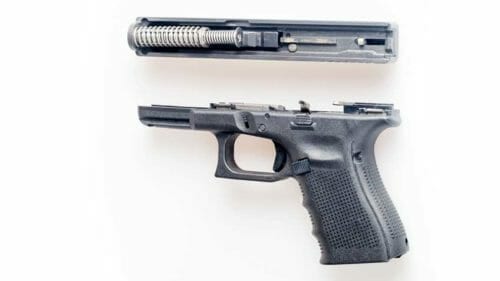 U.S.A. -(AmmoLand.com)- Rahm Emanuel, recently the mayor of Chicago and who has previously served as a member of the Clinton Administration and as President Obama’s White House chief of staff, proposed a few curious gun control ideas while appearing as a panelist on ABC’s This Week program on March 28.

To get Republican support and pass new gun control laws, he said, Democrats, must “focus on the criminal, not the gun.”

Focusing “on the criminal [aspect], not access to the gun,” he explained, means anyone with “a domestic violence record” would be prohibited from buying a firearm, as would anyone with “a mental health issue” or “a violent criminal record as a juvenile.”

As it happens, all of these persons (and many others) are already banned from possessing or receiving a firearm under federal laws passed in 1968 and 1996 and would be prohibited as well under similar laws in most states, including those of his native Illinois.

Emanuel also endorsed the enactment of a “no-fly, no buy” law, based on prohibiting anyone on the federal government’s secret “No Fly” watchlist from being able to purchase or acquire a firearm. Government agencies running the watchlist, though, have admitted the list is speculative rather than based on actual evidence of wrongdoing, and the list has included, in the past, Democratic politicians, entertainers, toddlers, and other improbable “terrorists.” Moreover, a U.S. Supreme Court ruling last year revealed that agents actively misused the list by wrongfully adding innocent people, as punishment for refusing to serve as government informants.

Emanuel’s “no-fly, no buy” plan not only fails using his own “focus on the criminal” rule, but the list is so lacking in the most basic due process protections that the American Civil Liberties Union (ACLU) denounced its unconstitutionally vague standards and overall lack of “fundamental safeguards.”

The most peculiar exchange of the program was Emanuel’s insistence that the 1994 federal “assault weapons” ban was an example of his suggested approach. “Back when we passed the …the Assault Weapons Ban, we focused on the criminal, not the gun.”

The program host (at the 11:17 mark) interjected, incredulously exclaiming, “But that was about the gun, it was about the assault weapon… the effect was to ban assault-style weapons for everybody.” Emanuel’s response  (at 11:29) was that, based on the debates, the law “was basically to make sure that gang members did not, that was the problem then, and it was focused on the criminal element.”

Even the most elementary and uninformed review of the actual “assault weapon” ban, the Public Safety and Recreational Firearms Use Protection Act, P.L. 103-322, Title XI (1994), signed into law by President Clinton and which expired in 2004, shows clearly that the law was all about the guns. The law made it a federal crime for any person to possess or transfer a “semiautomatic assault weapon” manufactured after September 13, 1994. “Semiautomatic assault weapon,” as defined at former 18 U.S.C. 921(a)(30), meant any of the listed firearms or “copies or duplicates … in any caliber,” as well as any semiautomatic rifle, pistol, or shotgun that met the listed features test, including many features that had nothing to do with crime.

There’s no substance to the claim that the law targeted criminals, as the ban applied across the board to everyone, subject only to very limited exceptions for governments, law enforcement, and federal licensees. Even if the goal was to curb gang gun crimes, studies of the effect and impact of the 1994 law concluded that the ban had no discernible impact – “perhaps too small for reliable measurement,” or as one writer called it, “precisely squat.”

While it’s true that the concept of focusing on the criminal rather than the gun places Rahm Emanuel notionally ahead of his compatriots in the Democratic party, his persistent claim that the 1994 ban on “assault weapons” was emblematic of that approach, despite the black letter law to the contrary, is inadvertently revealing. One way to reconcile the two is to assume an underlying mindset in which any person who possesses a gun necessarily comes within “the criminal element,” much like President Biden’s statement that “there is no rationale for us to have these assault weapons.”

Given Emanuel’s extensive background and experience, it’s also disturbing that his comments expose what seems to be a startling ignorance of existing and former federal gun laws, including a law that he was at pains to take credit for. There’s nothing new about prohibiting domestic abusers, the adjudicated mentally ill, or those with records for committing violent crimes from being able to acquire a gun, as those laws have been on the books for decades.

His thoughts are one more example of the constant barrage of misinformation that makes up the left’s propaganda on guns. It’s not about taking targeted measures to reduce crime or even enforce existing laws against criminals, but justifying new restrictions, that make it more and more difficult for the law-abiding citizen to keep and bear arms, as laws “focused on the criminal.” It’s easy to see why America’s gun owners reject out-of-touch proposals like these, along with similar “common-sense gun control” notions, as something far short of effective, necessary or simply grounded in reason.

The post NRA-ILA: A Radical Idea: It’s Not the Gun, it’s the Criminal appeared first on AmmoLand.com.