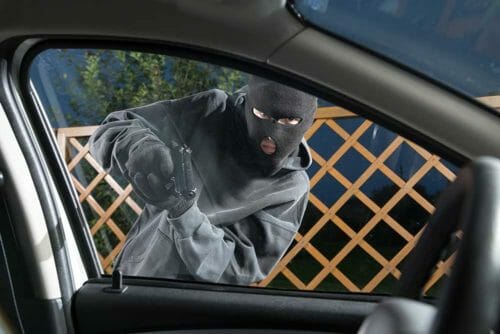 U.S.A. –-(AmmoLand.com)- We start with this news report from Fox29 news in Philadelphia, Pennsylvania.

You drive for Lyft. You get a call to a residential area in Philadelphia at 5 on a Sunday morning. When you pull up to the location, two teenagers run up to your car. One of them has a gun. Your attacker orders you to get out of your car and give him the keys.

You are a gun owner. You have your Pennsylvania License to Carry a concealed firearm. You’re armed this morning. You present your firearm and shoot the armed attacker nearest you.

Your attacker drops his gun. The other attacker puts his arms up in the air, so you don’t shoot him. The wounded attacker shouts to someone in a car nearby and that car drives away. You step away from your car, look around, and then call 911.

Police arrest your two attackers. EMS takes your wounded attacker to the hospital for treatment of a non-life threatening injury to his leg. Police also recover your attacker’s gun. It is a BB gun. The attackers who remained at the scene are 14 and 15 years old.

Lyft says you’re not supposed to carry in your car, but an unarmed driver was carjacked in Philadelphia yesterday. You didn’t want that to happen to you.

Our armed defender did a number of things to save his life. Well before this incident, he recognized that driving the public around is a dangerous job. The defender went to the time and trouble of being publicly armed in Philadelphia. He got his permits. Day after day, he dressed around the gun and carried concealed.

On the morning when he was attacked, our defender recognized what appeared to be an immediate, unavoidable, and lethal threat. It sounds like he kept his head and chose his moment to defend himself. When he had an opportunity, the defender shot his immediate attacker until the threat stopped, then the defender stopped shooting. He did not shoot at the second attacker or at the other car because they were not an immediate threat at that time.

After he defended himself, our defender stayed at the scene. He called 911 and made a statement to the police.

Our society changes everyday. Rideshare services now bring hot food to hungry people at all hours. They are also delivering fresh cars to criminals. The carjacker gets to order up the time and location of their robbery. As he places his order, the carjacker can select or reject the make and model of the car.. and the appearance of the driver.

Carjackings are up across the country, but particularly for rideshare drivers.

There are a number of things that were not mentioned in the news report. Let’s look at what we would want to do if we were in a similar situation.

The defender shot his attacker in the leg. Typically that is hard to do from inside the car, so it looks like the defender might have fired as he opened the door and got out of his car. Shooting from inside your car or shooting as you get out of your car are not the presentations we’re taught in our concealed carry class.

If you can, take a class that goes beyond firearms safety and the minimum required for your carry permit. We can learn to shoot from unusual positions. We can also dry practice our shooting from a seated position.

It is harder to find good opportunities to live fire from unusual positions. For example, I could not usually draw and fire from a seated position at my public range, but I could do so during competitions. In that setting you can learn by watching others as well as from your own experience.

We talked about firearms training, but we also have to talk about the judgments involved. Every shot we take will be judged against the legal standards for justified self-defense. Our defender shot when he faced a threat, and he stopped shooting when that threat was sufficiently diminished. The law is not a fool and it recognizes that it takes a moment to realize our situation has changed. We don’t have to be perfect but we want to be responsible with every shot we fire.

There is more we can learn from this news report. These two attackers were not alone. There was at least one additional accomplice in the car that drove away. Multiple attackers are the rule rather than the exception. That is why we want to look around after we’ve addressed the immediate threat.

There is no easy rule to follow when we decide between moving to safety or staying at the scene. There could be greater safety if we flee. We have to weigh that against the possible loss of evidence or witnesses if we run away. In this case, the second attacker might grab the BB gun and disappear. It is unlikely that the wounded attacker would tell the truth about the attack. Criminals usually run and we don’t want to run if we don’t have to. Each of us will have to weigh the pros and cons of that decision in the moment.

Once we’re safe, we want to call 911. Stay on the call and say little. We give our location. Ask for police and medical support. Say that someone is wounded and the scene is secure. Say that there were additional attackers. Give a description of their car and the way they were headed as they left. Tell the dispatcher what you look like including how you’re dressed.

Give a brief statement to the police when they arrive. Tell them the essential facts and then state your willingness to cooperate. We can say something like this.

I was attacked and I called 911. That man pointed a gun at me and I defended myself. That man was also one of the attackers. I called you as soon as I could. Please arrest them. I’ll press charges and testify in court. I’ll cooperate and give a complete statement after I’ve spoken to my attorney.

Have a legal plan and call them. Your lawyer will negotiate you bail. He will ask you to go over what happened several times, preferably at least once after you’ve had a chance to sleep. Let your lawyer take everything you say and put it into a coherent report. Having an experienced self-defense lawyer also makes it harder for a prosecutor to throw unwarranted charges at you. It happens, and you don’t want to face that alone.

We can plan to save lives, both before, during, and after an attack.