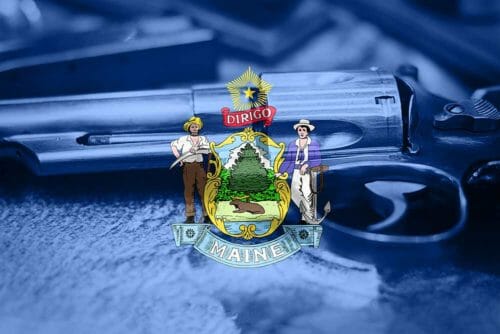 U.S.A. -(AmmoLand.com)- On Monday, April 5, the Inland Fisheries & Wildlife Committee will hold a public hearing on LD 1015, which bans the use of traditional lead ammunition when hunting. Please contact your State Representative and ask them to OPPOSE LD 1015.

Legislative Document 1015 prohibits the use of lead ammunition when hunting.  The use of lead ammunition is under attack by anti-hunting and anti-gun extremists who ignore science and misinform policymakers and the public on the effects of extremely small amounts of lead. In truth, these extremists want lead ammunition banned because it discourages participation in hunting and shooting.  Traditional ammunition is significantly cheaper than its alternatives.  Increasing the price of ammunition will only ensure lower-income hunters likely won’t be able to provide food for their families. Further, the alternatives to lead ammunition can be less lethal (and therefore less ethical for hunting), and generally are not better for the environment.  Make no mistake, the ultimate goal is to end hunting, and this is the first step.

In the United States, wildlife biologists do not manage wildlife based on single mortality incidents or emotions, but instead on science and population data. Our country’s wildlife management practices are based on the North American Model of Wildlife Conservation, which is widely recognized as the best in the world. For more than a century, wildlife in the United States has been successfully managed through this model and has led to the restoration of multiple species. A decrease in the purchase of traditional ammunition would adversely affect conservation funding. Hunters are the largest supporters of conservation through excise taxes levied on ammunition, firearms, and hunting equipment by the Pittman-Robertson Act of 1937, which generated more than $6 million in funding for Maine wildlife conservation in 2020 alone.

Again, please contact your State Representative and ask them to OPPOSE LD 1015. NRA Members and Second Amendment supporters are also encouraged to testify or submit written testimony. You must be signed up to testify remotely, 30 minutes before the start of the hearing.