Guns.com Did Not Lose Customer Information in January Cyber Attack 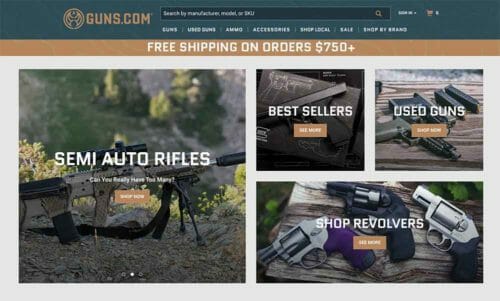 The article makes it seem like hackers obtained personal identifiable information (PII). The truth is that hackers did not get any sensitive information about Guns.com’s customers.

It is unclear who are the Gizmodo sources used in their reporting or if the author pushed the narrative for political reasons.

In January, hackers attacked the site and took it offline. The attackers used vulnerabilities of a third-party vendor to down the site. Guns.com did not release the exact exploit the hackers used to take control of the site and shut down the business for a few days until the company finally restored the website.

Guns.com does not store customer’s credit card information and other banking information on the site’s servers. A third party handles the processing of customer payments. This fact makes it impossible for the site to leak customer’s financial information on Dark Web marketplaces.

The majority of attacks on websites are for financial gain. Only a tiny percentage of cyber-attacks is for political reason. Hackers steal customer information from sites then sell the information to other cybercriminals on multiple Dark Web marketplaces. These criminals use the stolen personal information to steal their victims’ identities to obtain credit cards and loans. Hackers can buy credit card numbers for around $1.50 and $2.50 per card number. Usually, sellers will offer a batch of information called dumps, and buyers pay in Bitcoin or other cryptocurrencies.

Cybercriminals sell other PPI such as Social Security numbers for $8 and PayPal information for between 5 to $1,767. In the case of Guns.com, Minkler reports that the cybercriminals did not get any of this sensitive information.

If one password for a site is compromised, then the damage is localized to that one site. It is also important for people to use two-factor authentication whenever possible. Microsoft and Google both offer authenticators. Several other companies also make authenticators.

The Guns.com technical team fixed the security flaw that allowed the hackers to obtain access to the site. The site has remained up since January, and the company reported no further attacks.

The post Guns.com Did Not Lose Customer Information in January Cyber Attack appeared first on AmmoLand.com.