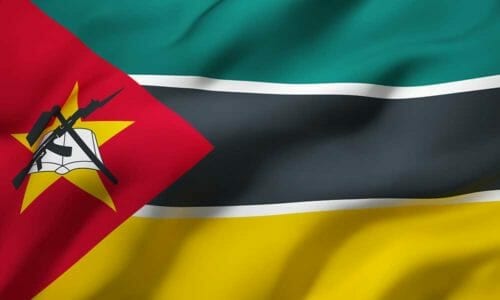 U.S.A. –-(AmmoLand.com)- On Wednesday, 24 March, a force estimated to be between 100 and several hundred Islamic terrorists attacked the Mozambique city of Palma, which is on the coast of East Africa, in the north of Mozambique, near the Tanzanian border.  Palma has bout 75,000 residents.

The Islamic State (ISIS) in Africa has been growing, according to a U.S. official. From iol.co.za:

The US Department of State’s acting special envoy for the global coalition to defeat ISIS, John Godfrey, told reporters the attack was in line with what has been seen from Islamic State in Mozambique and said the US government is closely monitoring events.

He cited what he said was the brutality of the attack and the killing of civilians as well as the increased brazenness of the group, which is now seeking to hold some towns.

Two days after the initial attack,  it appears a number of foreign nationals attempted to flee the hotel they were in, with a convoy that had been organized to carry them to a nearby beach. An unknown number of ISIS terrorists attacked the convoy near the hotel, in what may have been a hasty ambush.

Seven of ten vehicles in the convoy are reported to have escaped, which implies three did not. A member of the group in the last three vehicles was proficient with firearms.  From thesun.com:

The former cop was at the back of a convoy of expats that came under heavy fire from militants while leaving Palma in northern Mozambique, on Friday evening, reports the Times.

Mr Alexander, a contractor building camps for gas workers in Africa, has since made contact with his daughter Jayde, 29, in Johannesburg.

“He saw the commotion with the ambush ahead and got out,” she revealed.

“There was a government vehicle with an AK47 in it, so he broke in, got it and shot dead two al-Shabaabs [militants].

“He and two others from the car then ran to hide into the bushes with the gun.

“They were literally crawling through the bush until they were rescued.”

BBC claimed hundreds of heavily armed  Islamic terrorists were involved. A mother of one of the British citizens who was murdered, was interviewed:

“No army to protect them, none of them having weapons, so it was a matter of run for your life or face these insurgents, who are so cruel and barbaric,” she added.

Hundreds of heavily armed militants raided Palma, leaving dozens of people dead. They included Nel and six others who were in a convoy of vehicles that was apparently ambushed.

The Small Arms Survey reported Mozambique was the least armed country in Africa, with only .04% of the population legally owning a firearm. Illegal ownership was more widespread. About 1.5% of the households were reported, in a survey, to have a gun not related to the military or police, in 2004.

The legal restraints on gun ownership in Mozambique are extreme. There are no dealers in legal firearms in Mozambique.

Africa as a continent has about 16% of the world’s population, and 18% of the world’s death connected to firearms. Mozambique’s murder rate is reported at 3.5 per 100,000. The number is barely more than a guess. The OSAC.com rates Mozambique as average in safety for Africa.

While crime statistics are not readily available, Mozambique has a high level of robbery and theft, spiking during the holiday season. One type of robbery involves several assailants who brandish weapons (e.g. knives, machetes, firearms). In most cases, victims escape unharmed after giving up their wallet or cell phone. This type of crime increases in frequency in December and January.

In many African countries, there is no rule of law as exists in Western Civilization. There are organized people with guns, and everyone else. Those without guns obey those who have the force to compel obedience.

It was classic self-preservation.

A few hundred armed Islamic terrorists are wreaking havoc on the northern parts of Mozambique. They could not terrorize an armed population, which would rise up against them.

The government of Mozambique has hired Western mercenaries to deal with the terrorists, as government forces seem incapable of doing so.

When a government does not trust its own people with arms, (or its own army) the hiring of mercenaries is all the more attractive.

The post Brit Contractor Uses Gun to Save Lives During ISIS Attack in Mozambique appeared first on AmmoLand.com.