Tennessee on the Brink of Strong Constitutional Carry 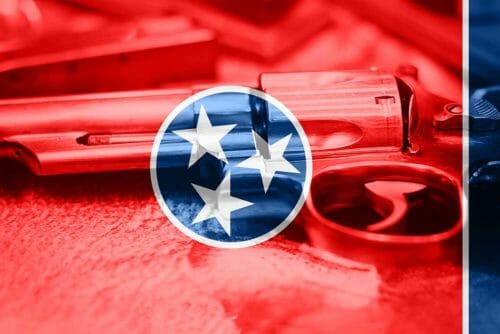 U.S.A. –-(AmmoLand.com)- Tennessee is on the brink of passing a strong Constitutional Carry bill. HB0786 originally relied on the requirements needed for an advanced carry permit in Tennessee.

The requirement made the bill somewhat unclear. The Tennessee Senate amended the bill to change the “advanced carry permit” section to a requirement the person be 21 years of age or more, with exceptions for people who served in the military. The bill passed the Senate on 18 March 2021.

On 29 March 2021, The House passed the bill without amendment.

The House amendment needs to be affirmed by the Senate, before being sent to Governor Lee. It seems a done deal. The celebrations should wait until the bill is signed into law.

Here is the language of the Constitutional Carry bill SB0765. From capitol.tn.gov:

by deleting the amendatory language of Section 1 and substituting instead the following:

(g) It is an exception to the application of subsection (a) that a person is carrying, whether openly or concealed, a handgun and:

(i) Is an honorably discharged or retired veteran of the United States armed forces;

(2) The person lawfully possesses the handgun; and

AND FURTHER AMEND by inserting the following new section immediately preceding the last section and renumbering the subsequent section accordingly:

The new law mimics the requirements of the current carry permit in general, including prohibiting carry by a class of individuals that may be unique to Tennessee.

Anyone convicted of a Driving Under the Influence (DUI) in the last five years, or two DUI offenses in the last 10 years, would be unable to carry a firearm with the intent to go armed. That prohibition is in the current permit law 39-17-1351.

Tennessee Governor Lee is expected to sign the bill.

Iowa has sent a clear Constitutional Carry bill to Governor Kim Reynolds. She will probably sign the bill.

Vermont is the only state to maintain Constitutional Carry through the slave era, the black codes in the aftermath of the Civil War, and the Progressive era, where laws against concealed carry were passed to disarm various minority groups from slaves to new immigrants, who were out of favor.

Twenty states or 40% of the Union is a number that cannot be ignored. It is almost exactly 50% (49.4%) of the land area of the United States.  The 18 current Constitutional Carry states are:

The states are large and small, with large urban centers and large rural areas, on the Pacific and Atlantic coasts, and in the middle of the country.

The next most likely candidate for restoring Constitutional Carry is Indiana.

If Constitutional Carry passes in Indiana, more than 50% of the land area of the United States will be under close approximations of carry law as it existed when the Second Amendment was ratified in 1791.

The post Tennessee on the Brink of Strong Constitutional Carry appeared first on AmmoLand.com.