Who Is Behind this “Institutional Racism” You’ve Been Hearing About? 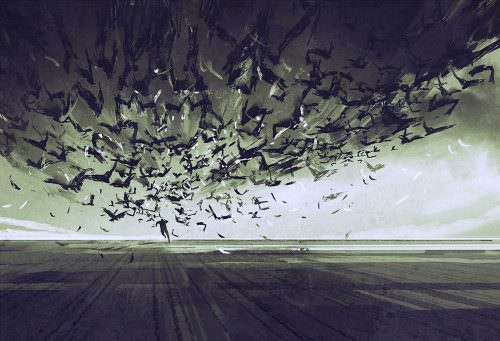 San Diego, California – – (AmmoLand.com)- One of the many new changes that the year 2020 brought was the mainstream use of the term “Institutional Racism.”  The phrase is heated, controversial, and its acceptance is a partisan divide (like everything these days).  It is the burden of each reader to decide if institutional racism exists, but it is clear that there is a direct line connecting the results of extreme gun laws and the conditions in society described as institutional racism.

The term “institutional racism” appears to have first been used in an official capacity in 1967 by Stokely Carmichael and Charles V. Hamilton.  In the book Black Power: The Politics of Liberation, the term was described as “less overt, far more subtle” and “originates in the operation of established and respected forces in the society, and thus receives far less public condemnation than [individual racism].” Institutional racism has generally come to be used as racism that is “embedded as normal practice within society or an organization.” Dictionary.com defines institutional racism as “a policy, system of government, etc., that is associated with or originated in such a doctrine, and that favors members of the dominant racial or ethnic group, or has a neutral effect on their life experiences, while discriminating against or harming members of other groups, ultimately serving to preserve the social status, economic advantage, or political power of the dominant group.”

In summary, institutional racism is a process set up by some kind of institution that has a severe, debilitating negative impact on a particular racial group.

So, what does this have to do with gun laws?

Long-term incarceration and living life as a felon, without question, has a debilitating negative impact.  Despite self-defense being a natural and civil right, violations of restrictive gun laws carry harsh penalties.  People of color, and especially blacks, are disproportionately incarcerated and gun violations make up a disproportionately large number of convictions of those incarcerated.

The statistics paint a clear picture.  Black men, across California and federally, are disproportionately serving time in jail and disproportionately charged with crimes related to firearms.  California is one of the most severely restrictive states when it comes to banning many kinds of rifles, shotguns, pistols, ammunition, and firearms accessories.  California is well-known to have more laws governing gun ownership and use than any other state in the country.  Each law carries penalties like hefty fines and long-term incarceration, which means there are more opportunities to break a gun law than anywhere else in the country.

The “institution” causing this racism is the legislature, and they are fed by anti-gun groups like Brady Org and Moms Demand Action.

The elected officials passing and supporting California’s restrictive gun laws are creating institutional racism.  The more laws passed intended to turn people into felons for possessing firearms, the more institutional racism grows.  Terms like “keeping guns off the street” and “keeping guns out of the wrong hands” are little more than dog whistles for racist policies that target and destroy the lives of people of color; especially young, black men.  As a result, families and communities are being destroyed.

The institutional racism that the California legislature has baked into the Penal Code is an area where all sides should be able to work together.

The first step towards this solution is to identify who continues to support this brand of institutional racism that has put so many people of color behind bars and separated families.

San Diego County Gun Owners has made it easy.  Look at our link showing all the city council members and elected county level officials.  Anyone who has a “thumbs down” by their name is guilty of supporting these callous and atrocious acts against minority communities.  Any elected official with an “undecided” next to their name isn’t much better.  Their silence is consent.  Take these elected officials to task with emails, phone calls, and especially with your vote.

San Diego County Gun Owners (SDCGO) is a political organization that focuses on expanding and restoring Second Amendment rights within San Diego County. SDCGO was formed due to an aggressive and successful legislation

and regulatory effort to significantly limit or eliminate the firearms industry and the general ownership and use of firearms and the firearms industry in California at the municipal, county, and state level. SDCGO’s solution is a local, non-partisan, volunteer group with a full-time staff that does four things to get the right people elected on local San Diego councils and boards: 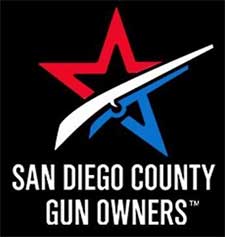 The post Who Is Behind this “Institutional Racism” You’ve Been Hearing About? appeared first on AmmoLand.com.