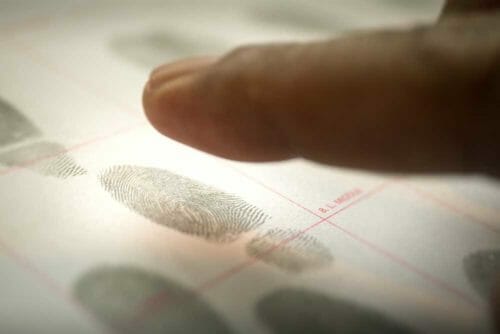 USA –  -(AmmoLand.com)- Although many other issues have understandably dominated the news cycle, we are at a critical moment for guns. Over the last year, gun sales have reached unprecedented levels, as have gun-involved homicides, and the House has recently passed H.R. 1446, The Enhanced Background Check Act of 2021, which is currently being debated in the Senate. Recently, a wave of tragic mass shootings has put the gun issue in national headlines as President Biden has called on the Senate to pass the background check bill, adding that he supports a ban of “assault weapons.”

We are two advocates, activists and leaders from opposite sides of the “gun debate” who have come together because we both believe we are at a make-or-break moment. Suffice it to say, there is plenty that we disagree on, but for anyone with the genuine goal of reducing the number of preventable gun deaths in our nation, we believe we have an opportunity for real impact that has not existed in years and, if we are not able to seize it, it is likely to have negative repercussions for years to come.

The key to any meaningful change begins with changing the conversation, from one defined by politicians, lobbying organizations, and the media as a partisan political debate, to one that truly reflects the interests of the American people, whether they own guns or not. Change will never happen just by making “common sense” political proposals in the emotional aftermath of another mass tragedy, and then expecting the truth, a claimed respect for the Second Amendment, a latent overwhelming majority and skillful political strategy to do the rest. We are often asked how terrible a mass shooting must occur in order to inspire real change. We believe that is the wrong question. The fact is, a tragedy of horrific proportions happens every day in our nation, both in terms of the number of deaths and injuries that occur with guns and the extent to which they are preventable.

To expect meaningful and lasting change, we must first change the entire conversation, from one defined by politics to one defined by our common values and goals. This is not just a matter of deciding whether to call it “gun control,” “gun violence prevention,” “responsible gun ownership” or “gun safety.” It is about advocates, leaders and the media considering, far more than they have in the past, the narrative they are helping to create. It is about those who really care about impact, changing that narrative from one that is too-often divisive and counterproductive to one that genuinely unites the American public and provides the foundation that is necessary for real, lasting and fundamental change.

At the end of the day, every decent American, from those who love guns to those who hate them, and everyone in between, wants the same things: to protect themselves and their loved ones, and to make our homes, schools and communities safer. This common ground provides ample opportunity to achieve historic impact on the gun deaths we all want to prevent.

But bringing this opportunity to fruition is easier said than done. This basic point of fundamental agreement between people who own guns and those who don’t has always existed. Yet it is still perceived as a culture war and, as a result, little has been achieved. This is because no true counter narrative has ever been established to seriously challenge the polarizing political debate being perpetuated by extremists on both sides and, unwittingly by those with pure intentions. As long this remains the case we cannot expect anything to change. Fortunately, we believe a paradigm-shifting counter narrative exists, specifically:

Together, we can cut the number of gun-involved deaths in our country in half and make all of us safer, just by keeping guns from the people we all agree should not have them (i.e., people who are a danger to themselves or others).

We believe that it is essential to root any solution, political or otherwise, in this deceptively simple message.

But simply saying this message is not nearly enough. Advocates must also wholly accept the onus of clearly demonstrating how any proposed solution, legislative or otherwise, actually impacts the number of gun deaths, and does it only by keeping guns from the people gun owners easily agree should not have them. This may be a tough pill to swallow for many of the staunchest gun control activists, most of whom strongly support solutions that have the potential to undermine this message. However, we would hope that the potential for real and significant impact makes that pill go down a little more easily.

Importantly, we must also consider the optics that are being created, often unwittingly, which have the potential to do irreparable damage to the credibility of proposed solutions and chances of their successful implementation. This requires looking at policy and program priorities through the lens of the messages they communicate, particularly to members of the gun-owning community that would otherwise be supportive (and whose support the media and gun control advocates enjoy touting). It also means giving more careful strategic thought to messengers. Truly shifting the narrative requires far more than the usual talking points from the usual suspects. You cannot expect the American public to perceive preventing gun deaths as anything other than a political issue if most of what they hear is from politicians, pundits and organizations that have effectively been cast as partisan.

Most importantly, in the end, true change is going to require an unprecedented degree of empathy and open mindedness from everyone with pure intentions who agrees with the fundamental goal of doing everything we can to prevent gun-involved tragedies without impacting the rights of responsible gun owners. This means all of us accepting, without the appearance of judgment, those who make different choices around gun ownership; This means truly listening in order to gain a deeper understanding of how our words are being perceived and the many, avoidable subtle cues that belie our best intentions and make it easy for those with other motivations to undermine us.

We believe there are three major areas of solutions that have the potential to elevate the conversation around guns in our nation from one defined by an ideological political debate to one defined by the common goals outlined above. Most importantly, taken together, the examples below have the potential to add up to an overarching campaign to cut number of gun deaths in our nation in half just by keeping guns from the people almost everyone already agrees should not have them:

(NOTE: These areas are ordered purposely in terms of the messaging that is most meaningful in genuinely engaging the gun-owning community)

“The greatest opportunity for policy impact lies not in keeping certain guns from all people, but in keeping all guns from certain people (the people almost everyone already agrees should not have them).”

As with other messaging recommendations, unlocking the potential of this one requires political strategists to think about more than near-term expediency. It requires a disciplined messaging approach to policy being pursued, with this as a clearly and consistently articulated goal. Successful policy change also requires giving careful and strategic thought to which policies reinforce this message and which have the potential to undermine it. This means evaluating the viability of policy proposals not only with the onus of demonstrating clear impact, but also through the lens of what they communicate to the responsible gun owners who overwhelmingly support the most impactful measures. This means viewing concerns about confiscation and slippery slope as legitimate, and going to the greatest length possible to avoid policy proposals that can be used to legitimize those concerns.

Fortunately, the policy area with the most synergistic message is also the one that represents what we believe is the greatest potential for impact: Expanded Background Checks. The overwhelming majority of gun owners have already accepted that anyone engaged in the business of selling guns commercially, should be required to conduct a background check. At the same time the two of us believe that many private transfers, such as gifting a gun to a family member or letting a fellow member of a gun club borrow a firearm for a competition or hunting event should be legal and remain a private transaction outside of government regulation. We believe any expansion of the Background Check requirement should be focused on transfers to strangers. Sure, there are some important details to work out around exceptions such as specific definitions of “strangers,” and exceptions that would make it impossible for the government to compile a comprehensive list of gun owners; but we are confident that there are solutions that can make a huge impact if we stick to the principle and message of only keeping guns from the people we all agree shouldn’t have them. This is also how to “walk the walk” in terms of demonstrating that we are not trying to limit gun ownership among responsible gun owners and how to give substance and true credibility to the claim of respecting gun owners and the Second Amendment.

An irony about expanded background checks is that they are perceived by many activists as being “softer” than an assault weapons ban when in fact, evidence shows they would have far greater impact. Considering that, and the potential for conversation about a ban of any kind to provide red meat for those who benefit from perpetuating a polarizing debate, we believe the public face of any policy push should, as entirely as possible, be focused on background checks. The same caution goes for other measures like repealing the second amendment and postures of public protest against gun rights organizations. These create easy opportunities for those with motivations other than our common good.

Finally, we believe an important part of the solution is a significant investment in an overarching, concerted and sustained messaging campaign which contextualizes all of the above solutions, and any others that fit within the recommended common ground goals and messaging as part of a greater unifying effort that transforms a series of on-off initiatives into a far more powerful whole greater than the sum of its parts (e.g., “to cut the number of gun deaths in the U.S. in half in 10 years by keeping guns out of the wrong hands”).

At this unique moment in history, there is a lot of well-intentioned rhetoric about empathy, overcoming divisiveness and uniting our nation around our common good. We propose that there is no greater way to do that than through the gun issue, and that the time to do it is now. But to bring this opportunity to fruition, we must build from the foundation up, giving every bit as much thought to messaging as to political strategy. Change is being made impossible by perceptions of a culture war that does not actually exist. There is no group of Americans that doesn’t care about safety, protecting our children or respecting freedom; yet inaccurate characterizations persist and thwart the possibility of change. To have a truly productive conversation, we must do the hard work of genuinely listening to each other, rather than reflexively retreating to our ideological corners. We must come together based on the common goals that can truly unite us and transform our advocacy efforts into a whole greater than the sum of its parts – a new united voice that results in the real change almost every one of us wants.