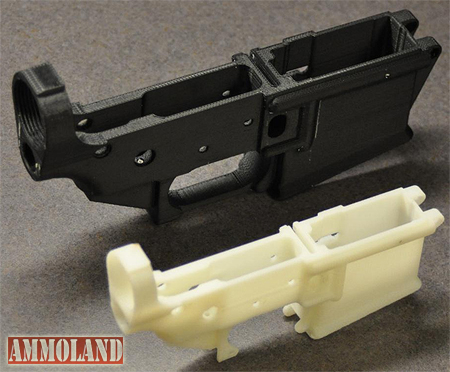 Although the detailed discussions of the meeting are unknown at this time, AmmoLand News received leaked emails from our sources that show that the ATF is seeking a new definition of a firearm. Joe Biden has targeted so-called “ghost guns” and semi-automatic rifles and recent days. Sources say he is pushing to accelerate those changes by using the ATF as a stop-gap for stalled federal legislation.

The email states: “As you know, under current regulation 27 C.F.R. 478.11, the definition of firearm frame/receiver states that it is that part of a firearm which provides housing for “the hammer, bolt or breechblock, and firing mechanism, and which is usually threaded at its forward portion to receive the barrel.”

The Wallstreet Journal incorrectly reported that the meeting was to be about targeting unfinished (80%) frames. Actual emails received indicate the “listening session” with ATF was more about the growing diversity of new gun styles and how to serialize more gun parts. Including Rifle Chassis Systems but also the long unchanging history of the firearms’ receiver definition and the need for updates to reflect “changes in technology”.

One case that stands out is the ATF arrest of Joseph Roh for illegally manufacturing AR-15-style rifles in Los Angeles. He challenged the ATF’s classification of an AR15 lower receiver as a firearm. Instead of fighting the case, the ATF quietly dropped it. Most believe that the ATF was worried a judge would decide in Roh’s favor unending gun control efforts.

“As the firearm industry’s trade association, NSSF is always willing to engage with ATF in a dialogue concerning regulatory matters that impact our industry members businesses so that we can protect their legal and business interests.”

Changing The Definition of What Is A Firearm

Also, sources inside the ATF tell us that the agency is considering changing a firearm’s definition to encompass the upper instead of the frame. The ATF reasons that anyone can finish an 80% frame or even 3D print one, but most of the general public do not possess the tools to complete a slide.

Safety Harbor Firearms produces a .50 caliber magazine-fed upper for the AR-15 called the SHTF 50. The ATF stepped in and insisted that the upper was a firearm and forced the company to serialize it. This decision made both the upper receiver and lower receiver a gun. The ATF reasoned that the company made the upper too much like a bolt action rifle.

The proposed changes have made their way into the hands of Everytown for Gun Safety even though it is not currently public. The gun-control group seems to be happy with the proposed changes. It isn’t clear how they managed to get the documents.

AmmoLand reached out to the ATF for comment but did not get a response.

The post ATF Ponders Changing Definition of What Is a Firearm To Target Growing Diversity Guns appeared first on AmmoLand.com.