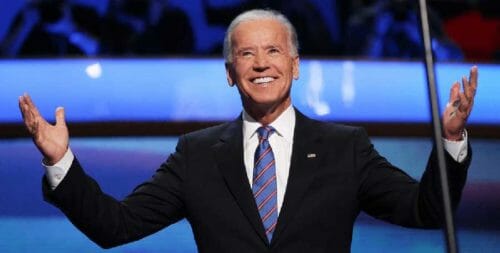 Colorado – -(AmmoLand.com)- While Colorado murder suspect (no notoriety media protocol) was in a Boulder hospital being treated for a bloody leg wound, gun prohibitionists were already exploiting the massacre of his ten victims—dancing in blood, as many have suggested—to push an agenda of gun control.

Apparently focusing more on blaming the Second Amendment rather than an alleged killer whose motive is apparently still not clear.

But nothing has stopped the gun control crowd from cranking up the rhetoric led by President Joe Biden, who called for Congress to ban so-called “assault weapons” and to pass two other gun control measures that have already passed the House and are now awaiting action in the Senate.

“I don’t need to wait another minute, let alone another hour, to take common-sense steps that will save lives in the future,” Biden told reporters.

“This is not and should not be a partisan issue,” he said. “It’s an American issue that will save lives, American lives. We must act.”

As reported by The Guardian, Senate Majority Leader Chuck Schumer was quick to tweet, “This Senate must and will move forward on legislation to help stop the epidemic of gun violence.”

“We mourn with the communities of Boulder and Atlanta after the devastating and senseless mass shooting tragedies in the past week,” she commented. “We can’t and won’t accept gun violence as just a fact of life in America.”

In its coverage, the WaPo quoted anti-gunners near the top of the story, including Dawn Reinfeld, co-founder of Blue Moon Rising, a Centennial State anti-gun group. She lamented to the newspaper that the court struck down Boulder’s ban on so-called “assault weapons” only ten days prior to the shooting.

“It’s so tragic to see the legislation struck down, and days later, to have our city experience exactly what we were trying to prevent.”

An overwhelming majority of WaPo reader comments were from anti-gunners.

Because he is of Syrian descent, may not fit the anti-gun narrative. Before it was taken down, his Facebook page indicated he was born in Syria and came to the U.S. as a toddler in 2002. He is a resident of Arvada, and one comment on his now-defunct Facebook page stated, “Trumps (sic) such a dick.” A screenshot of that page was grabbed by Ian Miles Cheong with the Post Millennial prior to the shutdown.

The Associated Press is reporting the suspect purchased the gun, described only as an “assault weapon,” six days before the shooting. Nobody has yet said where the rifle was purchased.

However, the Denver Post noted the rifle was a Ruger AR-556. The suspect was also reportedly carrying a handgun and a “tactical vest.”

The story remains fluid, but the suspect has been charged with 10 counts of first-degree murder. His victims ranged in age from 20 to 65 and included one man who was shot in the parking lot outside of the Boulder King Soopers store.

The Post also reported that the suspect has a “minor criminal history” in Colorado, including a 2018 conviction of misdemeanor assault. He was sentenced to two months’ probation and 48 hours of community service, the newspaper said.

But now there are questions. If the suspect planned his attack, would the Boulder ban on so-called “assault weapons” have made any difference? There are laws against murder but that didn’t stop him.

Is this a copycat attack, a week after the multiple shootings in Atlanta, Ga.?

While the incident is already adding momentum to the gun prohibition crusade, will it be enough to get through the U.S. Senate?

Any ban on a whole class of firearms—arguably the most popular rifle in America today—how long will it be before gun rights organizations send a battalion of attorneys into action? With the current makeup of the Supreme Court, how likely would a gun ban survive constitutional scrutiny?