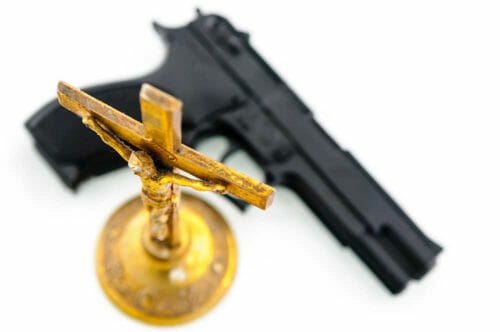 In every hearing, these bills have been met with a barrage of anti-church-carry questions and debate by Democrat members of these committees.

Why Democrats don’t want religious institutions to be able to make their own decisions about their private property and about protecting their own houses of worship and worshipers, is a question that defies a logical answer.

In one committee hearing, a prominent Democrat wanted to know what the sheriffs in the sponsor’s district thought about the bill. The sponsor had not asked his local sheriffs but said that he would find out.

In the meantime, Sheriff Wayne Ivey of Brevard Country decided to find out how all sheriffs viewed the bill and conducted a poll. The results are very profound.

On Monday 3/15/21 I received the following email from Sheriff Ivey:

With the outcome of the Church Carry bill, SB-498 and HB-259 moving through the Florida Legislature, I took it upon myself to individually talk to and poll 64 of our Florida Sheriffs on how they feel about this important piece of legislation, designed to protect our citizens and houses of worship. While there are actually 67 Sheriffs in Florida I was unable to reach 3 of them after leaving messages in an effort to speak to them on the matter.

Not surprisingly, of the 64 Florida Sheriffs that I personally spoke with, 62 of them overwhelmingly SUPPORT the bill and 2 Sheriffs had not had a chance to review the bill, so were undecided in their support or opposition.

The poll without question sends a clear and profound message that our Florida Sheriffs support the private property rights of religious institutions and the self-defense rights of law-abiding gun owners.

CLICK HERE to view a current copy of the bill as amended by bill sponsors:

About Unified Sportsmen of Florida;

Unified Sportsmen of Florida was organized in 1976 for the purpose of protecting the firearms rights of all law-abiding firearms owners in Florida.