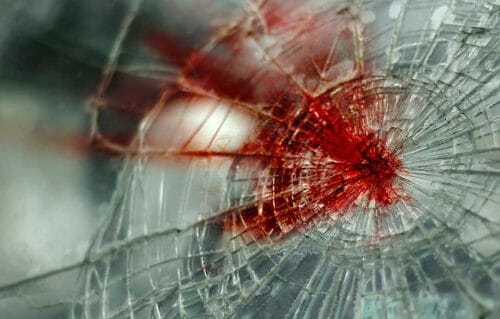 Georgia – -(AmmoLand.com)- The killings in “Atlanta” didn’t start in Atlanta but began on the dividing line between two relatively small towns in southern Cherokee County, GA, Acworth, and Woodstock. I know the area well.

I live 5 minutes from that intersection. I shopped in the Woodstock Market, The Woodstock Antique and Consignment Shops, and the Woodstock Furniture Outlet, within eyesight of the Asian Spa where the killings occurred, as late as last weekend as I searched for unique items for the newly constructed AAR Studios. I passed the spa and another one nearby on the other side of the auto repair shop that separates them. You get the idea, but it gets worse.

Turns out the murderer purchased his handgun, after passing a background check, at one of two local gun shops less than a mile (as the crow flies) from the AAR Ranch and Studios. I’ve lost count of how many times I’ve bought, sold, and traded firearms from them since the day they opened. I know the owner well and they’re great folks. Straight up, real, law-abiding Americans who did nothing wrong. (more proof background checks do not stop crime and never will)

The point I’m trying to make here, and it won’t take long, is what I’ve been saying on-air for years. Evil exists.

It’s real and it’s here and it walks among us. In this case, it may very well have delivered my family a pizza, shopped at the same grocery store, or for that matter, my son may have bagged his groceries while at work. He may have stood behind me in line at a convenience store, restaurant, pharmacy. He attended the same high school my niece and nephew graduated from and it is likely in this area we have passed each other and never knew it.

More proof that evil is real.

Sadly, as good, decent, taxpaying, working folks, evil always has the advantage. It gets to determine when and where it acts and who its victims will be. It appears among us as a part of our community and morphs into its real self when it decides it’s time to act. The consequences are deadly.

My message for years on AAR has always been to remind listeners that this force is among us. That we can never take our self-defense, and the self-defense of our loved ones, our community and our neighbors seriously until we accept this fact. Evil is real and it is here. We never know when it will decide to act but we should be ready to defend ourselves from it when it does.

As a part of the local community where this coward punk decided to carry out his first act of evil among several more that day, I’m saddened that he wasn’t confronted and killed before he could do more damage. It pains me to know that a friend will forever live with the fact that while he/they did nothing wrong by selling him the firearm, they too became victims of this monster when he walked into their gun shop with murderous intent.

Of course, without fail, here come the political opportunists, this time to include former President and gun-hater, Socialist, Barack Obama, calling for more “common-sense” gun laws that would have “stopped” this crime. Of course, all of them including Obummer, know damn good and well that no law, including their phony screams for “background checks” (which this punk passed), would stop this or any other criminal…not even the “something” they’re always clacking about.

What’s the old saying? The Devil’s greatest trick is convincing us he doesn’t exist? Too many of us have been fooled to believe it will never happen to us.

Don’t be one of them. Don’t give up your guns and stay very dangerous.