The Evolution of SWATing and Red Flag Laws ~ VIDEO 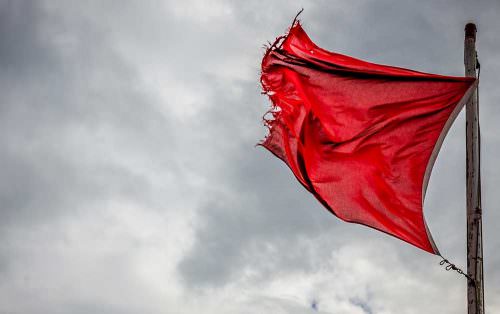 USA – -(AmmoLand.com)- Not only do gun owners have to deal with unreasonable attacks on the 2nd Amendment; the anger that some anti-gunners hold toward gun owners becomes a problem as well.

Along with an irrational fear of guns, anti-gun politicians and media have been successful in cultivating a hatred toward gun owners by encouraging people to believe that gun owners are recklessly and intentionally putting people in danger.

“We have federal regulations and state laws that prohibit hunting ducks with more than three rounds. And yet it’s legal to hunt humans with 15-round, 30-round, even 150-round magazines.” – Dianne Feinstein

“They get bitter, they cling to guns or religion or antipathy to people who aren’t like them or anti-immigrant sentiment or anti-trade sentiment as a way to explain their frustrations.” – Barack Obama

Another big part of the anti-gun strategy has been to pump nomenclatures like “gun violence,” “wild west,” and “assault weapon” into our culture. This terminology is specifically created to scare those who are unable to rationalize the idea of gun-ownership. A number of people who carry this irrationally-cultivated fear of guns, appear every once in a while to make things difficult on law-abiding gun owners.

SWATing was a popular sport among some anti-gunners, as a way of punishing gun owners and putting good people in danger. The term was developed because police would arrive on an otherwise peaceful scene when called upon by these anti-gunners. Anti-gunners would often call the cops if they saw someone with a gun that they could qualify (in their mind) as a potential danger to society. This often leads to cops arriving and putting the unsuspecting gun owner in danger, sometimes resulting in the death of innocent people. An innocent man was killed in a SWATing call for merely being seen cleaning his guns. You can read more about SWATing and see actual conversations between anti-gunners discussing their SWATing strategies in Good Gun Bad Guy.

ERPOs came about by State governments giving legal authority to almost anyone should they believe a gun owner was a danger to themselves or society. ERPOs can often be executed on merely an accusation from an anonymous source. The result being the confiscation of guns on the private property of the accused without a hearing. The argument against ERPOs centers around the inherent violation of civil rights and lack of due process. Gary Willis of Maryland was killed in his own home by cops executing an unconstitutional Red Flag (ERPO) confiscation.

Joe Biden‘s plan for gun control includes a heinous component from A bill called HR 127, sponsored by Democrat Sheila Jackson Lee, that if signed into law would create a gun registry. This registry would include the gun owner’s name, address, type of guns, and serial numbers.

The worst part about Joe’s registry is that it would be public information, giving every anti-gunner a list of all the registered guns in the country, names of the gun owners, and the home addresses where the guns can be found.

A portion of the anti-gun crowd has always enjoyed turning in their fellow gun-owning citizens. Joe Biden’s dream of gun control would put good people in danger by making them unarmed and defenseless while making gun owners targets of politically motivated attacks. It’s no surprise that something like this would be on the gun-grab list of the Biden Administration because chaos and turning people against each other seems to be a common goal of the political left.

A divided citizenry is easier to control, and any chance to blame guns gives the gun-grabbers justification for ignoring their own failed policies.

The post The Evolution of SWATing and Red Flag Laws ~ VIDEO appeared first on AmmoLand.com.