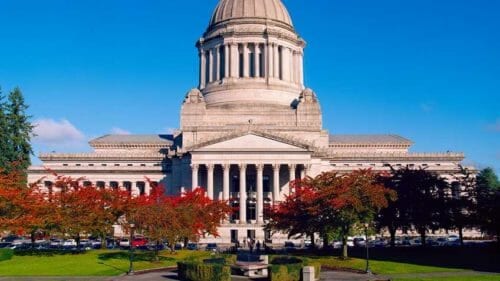 U.S.A. -(AmmoLand.com)- March 9th, 2021, two anti-gun measures were not brought up on the floor before the official deadline to pass.  Senate Bill 5078 and House Bill 1283 failed to get passed out of their chamber of origin and are considered dead for the session.

Senate Bill 5078, bans the manufacture, possession, sale, transfer, etc., of magazines that “are capable of holding”, or hold more than, 17 rounds of ammunition (the substituted bill increased the restricted count from 10 to 17). This includes conversion kits or parts from which any such magazine may be assembled.  These so-called “high capacity” magazines are, in fact, standard equipment for commonly-owned firearms that many Americans legally and effectively use for an entire range of legitimate purposes, such as self-defense or competition.  Those who own non-compliant magazines prior to the ban are only allowed to possess them on their own property and in other limited instances, such as at licensed shooting ranges or while hunting.  Prohibited magazines have to be transported unloaded and locked separately from firearms, and stored at home locked, making them unavailable for self-defense.  Any violation of this measure is a gross misdemeanor punishable by a maximum of 364 days in jail and/or a fine of up to $5,000.

House Bill 1283 could cause the lawful open carry of a firearm to become a felony offense.  While the substitute measure removes certain language from the original measure that triggered the felony charge if an individual “felt threatened,” the substance of the bill remains the same.

House Bill 1283’s substitute measure still sought to create a felony charge for the open carry of firearms in certain situations.  The vague definitions in the measure could still ensnare individuals who are lawfully exercising their Second Amendment rights, entirely based on the actions of others.

Thank you to NRA Members and Second Amendment supporters for the continued calls and emails to lawmakers in opposition to these anti-gun measures.  Please stay-tuned to NRA-ILA alerts for more information and updates on Second Amendment issues in Washington.