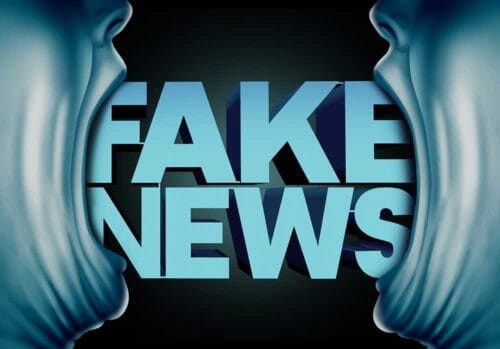 U.S.A.– -(AmmoLand.com)- Politicians say one thing and do another. They give us their best smile as they claim that up is down. A skeptical press is supposed to ask tough questions and see through the politician’s spin. Reporters are supposed to get at the truth even if it is uncomfortable. I suspect it is easier to make a politician uncomfortable than for reporters to question their own beliefs. Gun control legislation is a sad example where both the politicians and the media are spinning the truth. Unfortunately, we see that happen from coast to coast and in-between. Since the mainstream press won’t do it, it is up to us to separate the grain of truth from the flood of political spin. Here are a few examples of the work the news media failed to do.

California already enacted a raft of gun control legislation, but that isn’t enough. This year, California Senate Bill 264 seeks to ban the sale of firearms, ammunition, and of many gun parts on property owned or operated by either the state or the county. This bill bans most gun shows. The authors claim that gun shows deliver guns to criminals and so promote violent crime and mass murder. That talking point was parroted by the Los Angeles Times.

Legislation that promises instant peace sounds fantastic. The Times never questioned if eliminating these gun shows on government property would significantly reduce violent crime. It is easy to test if the political spin was the truth.

We have data so we don’t have to guess.

Every firearms regulation that applies outside a gun show also applies inside a gun show. Also, researchers conducted a study where they asked about a hundred inmates where they got their guns. Inmates with an arrest record never risked using a gun store or gun show. They got their guns illegally from their friends or family who didn’t have a criminal record. The claim that disarming honest people also disarms criminals simply fails the test.

That result holds true even in states where honest citizens are heavily regulated as they buy or transfer a firearm. This is exactly the result we should expect. Criminals don’t follow gun laws any more than they follow the laws forbidding robbery or drug trafficking. Unfortunately, some reporters let their idealism blind them from reporting the facts.

That blindness isn’t limited to the west coast or to Democrat-controlled states like California. The Philadelphia Inquirer called for more gun control, including laws regulating the storage of firearms. They said this was for the safety of adults and children. This year, Pennsylvania House Bill 699 requires that firearms be stored when not in use. Not in use is defined as being out of arms reach. The bill’s author says this is to protect children from unsecured guns.

Other than a few psychopaths, I can’t imagine anyone wanting to see children hurt. The claim is that unsecured firearms cause more harm than good. Again, we have data to test that claim.

According to the United States Center for Disease Control and Prevention, 41 children who were 12 years of age or younger died in a firearms accident in 2019. Some of those accidental deaths could have been from an unsecured firearm where a child got a gun and pulled the trigger. I’m sure some of them were, and each one of those deaths is a tragedy. Stopping there is leaves most of the story unreported.

Of course, we want to save lives. Every firearms instructor I know teaches safe storage. That education program is working and the rate of firearms accidents has been falling for years. The US CDC also has more data we need to study. Under President Obama, the CDC reported that we use a firearm to stop a murder or great bodily injury about 1.2 million times a year. Most of the time we don’t have to fire a shot before the criminal runs away.

Parents use a gun to protect their children far more often than children injure themselves with a gun.

I hate that honest citizens faced a threat and had to reach for a firearm to protect themselves and their families. The good news is that we are tens-of-thousands of times more likely to use our gun for self-defense than for our firearms to be involved in an accident that kills a child. There is a downside to that good news. The bad news is that we can only disarm a few honest gun owners before we’ve put more of our children at risk.

Remember that we have tens of thousands of violent crimes committed in businesses and stores every year. Safe storage laws would turn that honest shop-owner into a criminal because he keeps a gun behind the counter. We become a criminal if we go to the bathroom at night and leave our a gun in the dresser drawer next to our bed.

Unfortunately, laws that are overly broad put the most vulnerable of us at risk. A battered mom probably can’t drag her gun-safe with her as she flees to safety with her children. Now, she has to decide to give up her firearm and leave her family defenseless or leave the women’s shelter due to safe storage laws. Gun control laws that say they protect children can actually put more children at risk.

No matter how good it sounds, gun-control can do more harm than good.

Too often, journalists call it reporting when they’ve simply repackaged the politician’s press release. We have to live with the results of bad legislation and bad reporting.

Colorado politicians say they only want common-sense gun control. Democrats in Colorado proposed mandatory waiting periods before law-abiding citizens could take possession of their firearms. This delay usually occurs after the buyer passed their background check. Think about what that says.

You passed your background check so we know you have a clean criminal record. The implied claim is that we buy a gun to commit a crime of passion. Delaying our ability to get a gun would eliminate our violent acts because we would change our minds or the opportunity to commit that crime would go away. That is an interesting story, but it doesn’t stand up to scrutiny. The law applies to everyone, and the law ignores the tangible benefits of being armed.

These laws typically have exceptions for law enforcement officers. I have not seen exceptions written into the law for individuals who have their concealed carry licenses. That is strange once you know the facts. Where we have data, we find that concealed carry holders are more law-abiding and less violent than the police. This law intentionally disarms the good guys.

The mandatory waiting period ignores the urgency of armed defense. Ten million of us face domestic abuse each year. The storage law claims it will save lives lost in a crime of passion. It ignores the lives it will cost when victims are disarmed for days or weeks. Furthermore, you and I become a criminal if we give our gun to the young woman next door who is threatened by a stalker or ex-boyfriend.

I don’t think it is fair to sacrifice her safety to the politician’s promise of reduced violence.

Accurate reporting is supposed to dig through the virtue-signaling and give us the facts. Instead, we have reporters who signal their virtue by spinning the news. That puts many of us at risk from the ego and narcissism of politicians and reporters. The stakes are too high for us to believe what we read in the news.

The original article with sources is posted here. Rob Morse writes about gun rights at Ammoland, at Clash Daily, and on his SlowFacts blog. He hosts the Self Defense Gun Stories Podcast and co-hosts the Polite Society Podcast. Rob was an NRA pistol instructor and combat handgun competitor.