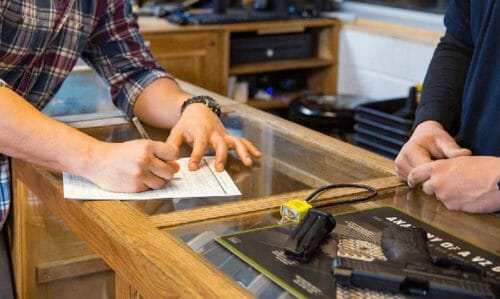 “Making a false statement on a federal firearms purchase form is a serious crime,” said U.S. Attorney Murray. “Buying guns for an unnamed person who may be prohibited from possessing them can endanger everyone. In order to maintain public safety, we will continue to work closely with the ATF and our other law enforcement partners to identify and prosecute those who unlawfully buy guns for others or who otherwise lie in order to purchase guns.”

This matter was investigated by the Bureau of Alcohol, Tobacco, Firearms and Explosives, with assistance from the Boston Police Department. The case was prosecuted by Assistant U.S. Attorney Debra Walsh.