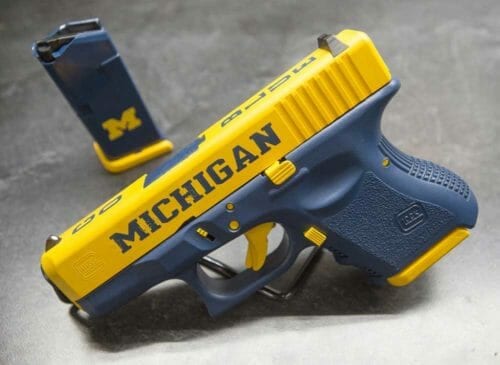 The University should not be allowed to violate fundamental rights and clear legislative will. While Michigan’s Constitution gives the University of Michigan autonomy over the university’s financial and educational mission, it does not grant the university the power to act in lieu of the Michigan Legislature to address matters such as defensive carry.

Michigan law preempts cities, towns, municipalities, and some quasi-municipal corporations from regulating firearms. When operating outside its sphere of educational and financial autonomy, the University of Michigan is subject to the state firearms preemption statute. This is necessary to avoid a patchwork of laws that may subject an unwitting individual to criminal prosecution. Covering over five square miles, the University of Michigan campus is located in the center of Ann Arbor, abutting both public and private property, streets and sidewalks.

MCRGO Second Vice-Chair Steve Dulan is the attorney representing Mr. Wade. The MCRGO Legal Foundation has assisted in this case. We will keep you updated with future developments.

The Michigan Coalition for Responsible Gun Owners is a non-profit, non-partisan organization. Formed from just eight people in 1996, we now have thousands of members and numerous affiliated clubs across the state. We’re growing larger and more effective every day.Our mission statement is: “Promoting safe use and ownership of firearms through education, litigation, and legislation.”