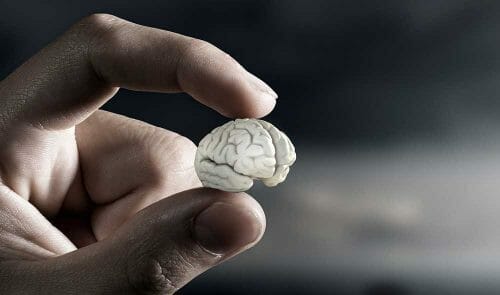 USA – -(AmmoLand.com)- Why only small-brain idiots believe banning gun shows will keep you safe! Where do criminals get their guns?

The Bureau of Justice Statistics is part of the Department of Justice. In 2019 they published a study on criminal use of firearms and the source of those firearms. A link to that publication is at the end of this article.

The report is the result of a 2016 survey of prisoners and was published just last year.

So what percentage of criminals got their guns at a gun show? 0.8%

“Internet sales” and sales from an unknown private individuals does not even appear on this list!

So the big issue for the gun-grabbing left, the sword they are willing to die on to keep you safe, is involved in less than 1% of all shootings or didn’t even make a list!

And there is the rub!. The purpose of these new laws is NOT to save lives or keep people safe but to destroy the firearms culture in America and punish those who disagree with them.

These new laws proposed by the Harris/Biden administration will not save one life; all they will do is further separate you from your right!

So let’s look at real solutions to gun violence,

Democrat-run cities destroyed the black nuclear family and the local economy, forcing young black men to turn to gangs and drug dealing as a way of getting by; it is these liberal policies that are directly responsible for 80%+ of all shootings in the U.S.

Please consider this, the most dangerous 5% of counties, with the Democratically run big cities, account for 68% of all murders!

You are more than 5X more likely to be shot if you live in a County won by Harris/Biden!

If gun deaths affected elections, Biden never would have won because most gun deaths happened in the Counties he won.

The new laws proposed by the gun grabbers in Congress are not intended to save lives because they focus on neither the source of illegal guns nor the root cause of gun violence.

Gun Banning is an excuse used to hide failed social policies that have destroyed our inner cities. You create a welfare state, destroy families and economies, and then blame anyone else for the violence you made.

The new laws are intended to punish people who do not toe the liberal line.

Let’s also face the facts that in a divided America, the gun grabber doesn’t give a damn about your feel, rights, or constitution.

Also, let’s face the facts Democrats control a few big cities, not states. Eliminate Chicago, and Illinois goes red. The same for most of the States with one big liberal population center.

So what can we do short of joining a right-wing death squad? (<—sarcasm)

Get politically active in the next set of house/senate races. Support ONLY pro-2A candidates. Nancy Pelosi is kept in power by less than ½ dozen votes. Take back the House and Senate and preserve our right! Those races are already starting!

Give your money DIRECTLY to the candidate of your choice, avoid groups like the NRA where you’re never quite sure where your dollars are going.

Source and Use of Firearms Involved in Crimes: Survey of Prison Inmates, 2016

Don McDougall is an NRA instructor and member of the Los Padres “Friends of the NRA” committee. If he’s not at the range, you will find him setting the record straight with on gun issues and gun safety on AmmoLand Shooting Sports News.