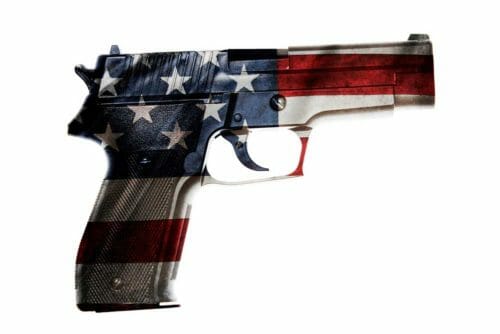 U.S.A. -(AmmoLand.com)- Gun control allies were drooling at the prospects of sweeping victories last November to enact strict antigun laws at the federal, state, and local levels. American voters had other ideas in mind.

Tens of millions acted on their Second Amendment rights in two ways. They bought guns in record numbers and they voted for their rights at the ballot box. President Joe Biden’s White House is now stuck pondering its next gun control move and gun-friendly state legislatures are acting to protect the right to purchase and possess firearms.

President Biden and Vice President Kamala Harris ran the most antigun presidential ticket in history. President Biden made his disdain clear and early, labeling the firearm industry “the enemy.” The rest of the presidential campaign included building a platform with enough gun control planks to build a boat. Antigun billionaire Michael Bloomberg partnered up and spent more than $1 billion dollars to flip seats for gun control.

Bloomberg said “My [gun control] agenda is not some johnny-come-lately list of borrowed ideas. This is part of my life’s work, and I’m just telling you I will get this done whether I get elected or not.” He might as well have set his money on fire.

President Biden and Vice President Harris won the White House, but they lost allies in Congress and in the states. That limits U.S. House Speaker Nancy Pelosi (D-Calif.) and U.S. Senate Majority Leader Chuck Schumer’s (D-N.Y.) ability to pass anti-gun legislation. That development, and gun control falling way down the priority list of Americans, has the White House balking.

State legislators aren’t taking it for granted, though.

State lawmakers are acting to strengthen Second Amendment protections within their borders. Their first focus is ending discrimination against the firearm industry.

Banking discrimination is a real concern. National financial institutions are pushing “woke” social activism from their boardrooms and discriminating against firearm businesses that rely on banking services, loans, lines of credit, and payment processing services. It’s a privatization of the illegal Operation Choke Point and banks are doing this despite the fact they received taxpayer-funded bailouts and benefits. While there’s movement in Congress to prohibit this discrimination, several state legislatures are going on offense.

In 2020, municipal officials used the guise of the coronavirus emergency to implement strict gun control schemes. States legislators are strengthening their preemption laws to blunt these executive end-arounds, ensuring no gun control is enacted that is stricter than what is current state law. Washington state’s preemption law just got a big win after an appeals court struck down the city of Edmond’s new mandatory firearm storage law, ruling it violated the state’s preemption statute.

Nebraska, Mississippi, Texas, New Hampshire, Utah, and others are working to strengthen their state’s preemption laws. “Any regulation, in the state of Utah, as it relates to firearms, is the prerogative of the state,” said Republican Utah state Rep. Cory Maloy.

There’s work to be done and the firearm industry trade association is working with legislators on Capitol Hill and in the state’s legislatures to protect the industry against overzealous gun control.