2A Skeptic Garland Moves Closer to Confirmation as US Attorney General 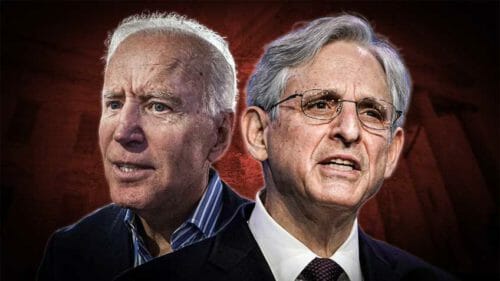 U.S.A. -(AmmoLand.com)- This week, hearings were held on the nomination of Merrick Garland for U.S. attorney general, with a final vote on confirmation expected to come next week. The prospect for gun owners is that the nation’s highest law enforcement office may soon be occupied by a man who in the past has shown doubts about whether the Second Amendment continues to have any relevance in the modern era.

Garland has been a judge on the U.S. Court of Appeals for the D.C. Circuit since 1997. In 2007, a three-judge panel of that court ruled in Parker v. District of Columbia that the District’s ban on handguns and operable firearms in the home violated the Second Amendment. In doing so, the court squarely rejected D.C.’s argument that the Second Amendment protects only the right to keep and bear arms in connection with service in an organized militia and that such militias are now essentially extinct.

The District sought a rehearing before the full complement of judges on the D.C. Circuit, believing that was the best way to overturn the panel’s decision. Garland agreed with this plan, voting to give D.C. another chance to prove, as the author of the panel decision had put it, “that the Second Amendment is a dead letter.”

The full court declined to rehear the case, and it instead went before the U.S. Supreme Court, where it was known as District of Columbia v. Heller. The Heller decision confirmed that the Second Amendment protects an individual right to keep and bear arms, independent of service in an organized militia. The court also held that D.C.’s bans on handguns and operable firearms violated that right, as the Second Amendment was grounded in the concept of self-defense and protected arms in common use for that and other lawful purposes.

Justice Antonin Scalia, the author of the Heller opinion, unexpectedly died in 2016. President Barack Obama then nominated Merrick Garland to be Scalia’s successor on the U.S. Supreme Court. But thanks to opposition by the NRA and other pro-liberty groups, Garland’s Supreme Court nomination never got a vote before the U.S. Senate.

It’s hardly surprising that Joe Biden, who has promised as president to pursue gun control through both legislation and executive actions, would go on to nominate Garland for the country’s top law enforcement post. Who would a gun control advocate want to oversee the federal law enforcement apparatus more than a man who is sympathetic to the idea that the Second Amendment is nothing more than an outdated relic?

Garland’s performance at his confirmation hearings provided gun owners with no reassurance.

In response to questions about gun control and the Second Amendment by Sen. Mike Lee (R-UT), Garland was evasive on specifics but generally indicated his openness to new federal gun controls.

Asked if he supports the banning of certain types of firearms, Garland did not try to deny he does.

Instead, he pointed out that Biden himself strongly supports gun control and that “the role of the Justice Department is to advance the policy program of the administration as long as it is consistent with the law.” He went on to say the Supreme Court has not given a “complete indication” of where these policies stand but “where there is room under the law for the president’s policies to be pursued, then I think the president is entitled to pursue them.”

Interpret that as you will, but it doesn’t sound to us like Merrick Garland sees any conflict between Joe Biden’s proposed bans on commonly owned firearms and magazines and “the law.”

Sen. Lee also asked Garland if he would support holding gun manufacturers liable for injuries or deaths caused by criminals misusing their products. Garland acknowledged Biden’s support for the idea and stated, “I have not thought myself deeply about this.” He then added, “I don’t think it raises a Second Amendment issue itself … .”

Only a judge who doesn’t think highly of the Second Amendment could suggest that it’s not implicated by a plan to make selling firearms to the public all but legally impossible.

We have written extensively about the existential threat that predatory lawsuits pose to the industries that support Americans’ Second Amendment rights. This is exactly why a supermajority of U.S. states and the U.S. Congress banned the use of the courts for this sort of activism. Biden now seeks to repeal that federal protection.

Garland, while claiming to take his cues on the Second Amendment from the Heller decision, nevertheless refused to answer whether he believes the Second Amendment protects an individual right to carry firearms in public for self-defense. He claimed he had not performed the extensive historical analysis necessary to answer the question. Any fair reading of Heller itself, however, plainly supports the conclusion that the Second Amendment is not and could not be limited to the home.

Most preposterously, Garland tried to dodge the significance of his vote for the D.C. Circuit to rehear the Parker case, claiming it had nothing to do with his views of the merits of the case.

In doing so, he claimed that the Parker decision was:

He went on to say the importance of the issue, particularly since it was the “very first time” the individual rights view had prevailed, demanded the attention of the full court.

Moreover, there was nothing cursory or lacking about the Parker opinion’s analysis, which in its 58 pages delved deeply into the text, history, and tradition of the Second Amendment and its application in American law.

Needless to say, with Garland at the head of the U.S. Justice Department, “justice” is not likely to accrue to the benefit of America’s law-abiding gun owners or the lawful industries that support them.

The post 2A Skeptic Garland Moves Closer to Confirmation as US Attorney General appeared first on AmmoLand.com.