Oregon: Have A Gun License, Go To Prison, 300,000 Oregonians Would Be Felons 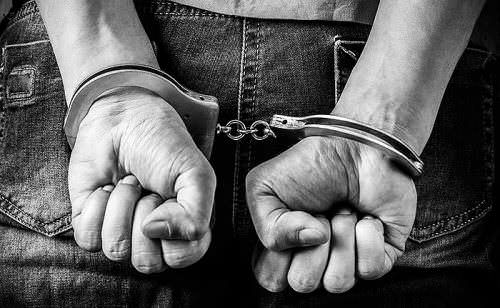 Oregon – -(AmmoLand.com)- This week the Oregon Senate Judiciary Committee took 4 hours of testimony on SB 554, a bill designed to turn 300,000 law-abiding Oregonians into felons so that Ginny Burdick can leave the Senate happy.

We need not reiterate just how sick this concept is.

As expected, Multnomah County Sheriff Mike Reese did the bidding of his overlord, anti-gun billionaire Mike Bloomberg, and testified in favor of this bizarre and hate-filled legislation.

But, as was noted by one opponent of the bill, he inadvertently and ignorantly made a case against the bill when he pointed out the many places where police response times are dangerously long.

The anti-rights crowd trotted out the usual collection of nonsensical positions citing “statistics and studies” they never produced. It’s interesting to note that the same people who are determined to make parents felons for having the means to protect their kids at schools are determined to outlaw school resource officers.

A look at this year’s Democrat legislation makes it clear that 2021 is the year that Oregon Democrats have chosen to empower and enrich criminals while attacking the rights of the law-abiding.

The opponents of the bill vastly outnumbered those in support. And it will come as no surprise that most of them were not able to testify.

And that’s not including the untold number who cannot even try to participate because of the effects of fire and power outages. The Democrats continue to try to crush Oregonian’s rights with no concern that so many are locked out of the process.

That’s how we roll in Kate Brown’s Oregon. But to all of you who did manage to navigate the labyrinth and make your voices heard, we are deeply in your debt.

You did the job of great patriots.

…even though hundreds of people who wanted to voice their opposition were silenced.

Chairman Floyd Prozanski made it clear that he is not concerned that so many were cut out and plans to move this bill as fast as possible. Democrat legislators love to tell people they can still “upload written testimony” not mentioning how difficult and failure-prone that process is or the fact that they don’t read them.

So now, unless Republican leadership makes some bold moves, this bill will be voted on and possibly amended in committee on Thursday in spite of overwhelming opposition. From there it will be sent to the Senate floor where the majority support it.

The one Democrat who can easily put a stop to this disgrace is Senate President Peter Courtney.

You have done so much. Now as we are getting close to the wire we ask that you call and email Courtney and demand he stop 554 and the demented damage it will do.

The post Oregon: Have A Gun License, Go To Prison, 300,000 Oregonians Would Be Felons appeared first on AmmoLand.com.