Below The Radar – Gun Safety: Not Sorry Act 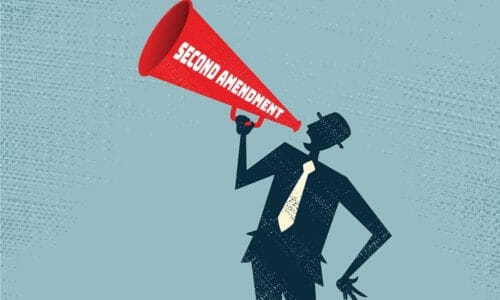 United States – -(AmmoLand.com)- Representative Sheila Jackson Lee has not been a friend of law-abiding gun owners – or anyone who values the Second Amendment. If anything, she has been very active, and has introduced some of the most onerous proposals we have seen. But like Dianne Feinstein in the last Congress, she is not averse to more modest bills to unjustly punish those who seek to exercise their Second Amendment rights for horrific acts they did not commit.

In this case, her fallback is HR 125, the Gun Safety: Not Sorry Act. Rather than a sweeping licensing and registration scheme that is deeply intrusive, it instead imposes a one-week waiting period for any semiautomatic firearm, many standard magazines (like those for a Glock 17), suppressors, and “armor-piercing ammo.”

Now, we’ve discussed the waiting period scam before. Put your thoughts about the tactics used to limit the damage done by the Brady Act in 1993 aside. Suffice it to say, when the national instant background check system (NICS) is up and running, there is no justification for a waiting period. If a person is not prohibited, they should be able to take their purchase home with them the moment NICS reports it is a legal transaction.

The fact is, most handguns sold today are semiautos and many of those semi-autos have magazines that normally hold more than 10 rounds. The commonality of the latter is such that a federal judge threw out California’s magazine ban citing the simple text from the Heller decision that commonly-owned firearms are protected – a decision a Ninth Circuit panel has upheld. So, Sheila Jackson Lee wants to make you wait for the type of firearm that is most likely to be useful for self-protection. (Not that revolvers are bad guns, per se, or ineffective, but semiautos have taken the lion’s share for perfectly valid reasons.)

Now, if you want to keep bad guys from getting guns, the waiting period is, at best, superfluous. The fact is, instant checks can deny the purchase, and if there are federal, state, or local authorities who are serious about enforcing laws regarding attempts by those prohibited from owning firearms to obtain them, there are ways to actually arrest and prosecute them. So what is the real purpose of the waiting period? It’s not to solve the purported problem Representative Jackson Lee claims to be addressing.

The post Below The Radar – Gun Safety: Not Sorry Act appeared first on AmmoLand.com.