NRA-ILA: More of the Same: NICS Reports a Record 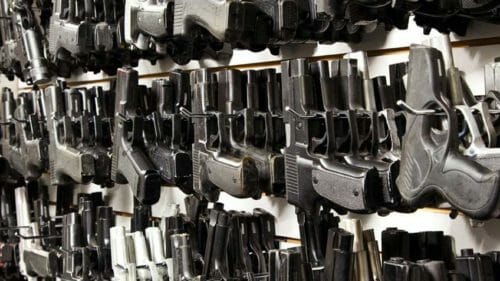 U.S.A. -(AmmoLand.com)- Do you remember this time last year? Before COVID-19 became a global pandemic?

Almost exactly one year ago, we wrote about how Americans broke the January NICS record.

More than 1.1 million NICS checks associated with a potential transfer that month was a sign that the gun-owning community was growing. There were more than 2.7 million checks in January 2020 and that was a record. At that time, no one knew what the rest of 2020 would hold. At that time, breaking three million NICS checks in a single month was a rarity…though it became commonplace by the end of the year.

Just last month, we wrote about the all-time record set in December 2020. Reports of inventory shortages around the country made the records all that much more impressive.

All of that is old news; 2021 is showing us that the records of 2020 are not meant to stand. There were 4,317,804 total NICS checks last month – a 60% increase from January 2020 and a 10% increase over the previous busiest-ever month (December 2020). This not only marks the busiest-ever month for the NICS office but is also the first time the number of checks has broken the four million mark.

Think about that: 4.3 million checks in 31 days. Three weeks in January now rank among the top five highest weeks – the period from January 4th through the 24th. Two of these weeks saw more than a million total checks, and the third had 976,637 checks.

There were 1,124,621 checks related to the sale of a handgun and 713,492 long-gun-related checks, not including pawn, redemptions, or private transactions. Neither number is a record for the category but they are still impressive. The reality, however, is that we have become conditioned to the term “record-breaking” – as could be expected after breaking at least a monthly record for 20 out of the last 22 months (going back to April 2019). Thirty-three monthly or all-time records have been set and broken since January 2016.

All of this is an indication that our community has grown over time and continues to grow; 8.4 million law-abiding Americans became first-time gun buyers in 2020, and 40% of gun buyers last year were women. The gun-owning community has never been a homogenous group, but increasing diversity and increasing our total numbers can only lead to good.

But make no mistake: our rights face a very real threat. Buying a firearm, learning how to safely use it, and practicing are important duties. Sheer numbers can thwart gun control attempts in the legislature, but professional anti-gun activists and bureaucrats will do whatever it takes to curb our freedoms. These people are working to limit your ability to exercise your natural rights through whatever means they can – even if that means effectively putting policy-making in the hands of unelected, unaccountable bankers and financiers, means driving gun manufacturers out of business through frivolous lawsuits designed only to drive up defense costs, or changing the rules without notice to advance their agenda.

The NRA is working to better defend gun owners against bureaucratic attempts to shut down proponents of 2nd Amendment rights but we will hold the line against gun control and work to advance pro-gun policies at the state and federal level.

To the millions of Americans who purchased a firearm or got a permit last month: congratulations, and welcome to our community. We’re happy you’re here. Take advantage of training opportunities near you and make your voices heard. Career bureaucrats aren’t directly accountable to the people, but legislators are – and you can take action to prevent both from destroying the 2nd Amendment.

The post NRA-ILA: More of the Same: NICS Reports a Record appeared first on AmmoLand.com.