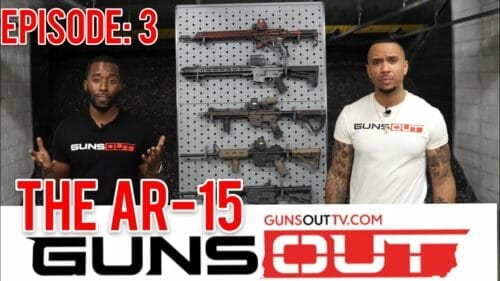 WASHINGTON, DC –-(Ammoland.com)- The ugly head of corporate censorship has reared its ugly head once again. Sinclair Broadcast Group has canceled Guns Out TV because “it isn’t a good time for a gun show.”

Sinclair was planning on broadcasting Guns Out TV on networks in various markets. The first place Sinclair launched the show was in Washington, DC, on WJLA. WJLA happens to be the Capital area’s local ABC affiliate. The show featured gun ownership in a positive light, especially in the African American community. Gun Owners of America sponsored it.

Shermichael Singleton and John Keys hosted the show. Both gun enthusiasts are African Americans, and they broke the stereotype of the typical middle-aged white male gun owner. Black gun owners are the fastest-growing segment of the firearms community. Guns Out TV appealed to those new black firearms owners. The Washington, DC Metro area has a large community of affluent African Americans. The two-host thought DC was the perfect area to launch their show because the demographic has the money and resources to buy firearms and get training.

“We recognize the storied history of African-Americans and firearms in the United States, and with that history comes a great responsibility that we embraced,” Singleton told AmmoLand News. “In 2020, Black Americans accounted for the highest increases in gun sales of any demographic, which is why we wanted to produce a show that was educational, informative, and fun. We tried to reach new gun owners and those considering purchasing firearms in our community to showcase a different side of firearms. We were tired of the negative stereotype about black men with guns and set out on a mission to change that narrative.”

Representatives of Sinclair told the host that the show would not air during its time slot on Sunday even though that episode was completed and was ready to air. The broadcasting giant didn’t give the two hosts a specific reason for the cancelation. The host’s emails show the broadcaster was concerned because an episode showed the host firing an AK47. The last episode that aired was about myths surrounding AR15s.

Guns Out TV was an apolitical show. It portrayed responsible gun ownership.

The show never highlighted violence or any type of dangerous activity. All activities were legal and under professional supervision. It seems the pressure of the anti-gun crowd finally got to the broadcaster. Gun right are civil rights, and that is what the show was alluding to through a soft sale approach.

The network was happy with the ratings and production value. The decision seems to be made solely for political reasons. The left is controlling the mass media, and gun rights aren’t something they want to promote. The show will continue to air on YouTube and through the Guns Out TV website.

Sinclair Broadcast Group did not respond to AmmoLand News’s request for comment.

The post Sinclair Cancels Guns Out TV Because “It Isn’t A Good Time For A Gun Show” appeared first on AmmoLand.com.