At Home and on the Road – More Self Defense Gun Stories 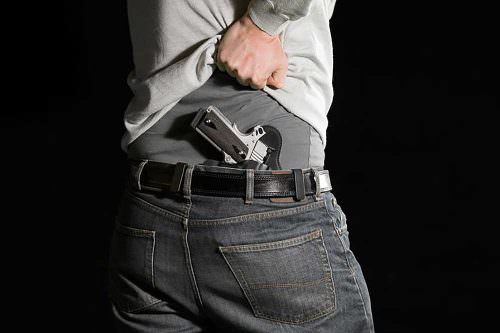 U.S.A. – -(AmmoLand.com)- You probably didn’t see this news covered by the mainstream media, but again last week, responsible gun owners defended themselves and the people they love. Self-defense instructor Lauren Hartnett joins the Self Defense Gun Stories Podcast to look at four new examples. Were these gun owners lucky, or were they prepared? (21-minute audio)

First story- Are you armed at home in the evening?

It is late friday evening. You’re instantly alert when you hear your daughter scream. You and your wife run outside to see your daughter being hit by her boyfriend. You shout for them to stop. He hits her again, and you see that she is cut and bleeding from her face and her mouth. You’re armed. You fire a warning shot into the ground. Your wife runs up to the boyfriend, and the boyfriend hits your wife.

You present your firearm and shoot the attacker in the chest one time. Now, he stops, so you stop shooting. You, your daughter and your wife back away. You call 911.

Second Story- Are you armed as you drive?

Your car was stolen a few days ago. Fortunately, the police found it in a nearby city. They said you had a few hours to get it towed before they would impound it. You drive your motorcycle to the address and check on your car. You call a tow truck. As you wait, two strangers come up and ask you about your motorcycle. You’re talking about your bike when one of the strangers pulls a gun and tells you to hand over your backpack. You’re being robbed.

You have your Washington state concealed pistol license. You’re armed. You hand the robber your backpack. The robber puts his gun in his pocket to take your bag. That gives you the opportunity you need. You draw your firearm and shoot your attacker several times. The robber draws his gun and fires, and then falls down. You call the police, as do the neighbors. You give a brief statement.

The news never said what happened to your car.

Third story- Are you armed at home in the afternoon?

You are at home with your girlfriend. You hear someone at the front door. It is your girlfriend’s ex-boyfriend. You don’t open the door. Your girlfriend has called the cops on this guy before, and she calls 911 again. You both retreat upstairs. Before the police arrive, the ex-boyfriend breaks through the front door. You shout for him to stop. You have your Michigan concealed pistol license. You’re armed. You shout again and you shoot the intruder as he reaches the top of the stairs leading to your bedrooms.

Now your attacker stops. Your girlfriend is on the phone with 911. You wait for the police and put your gun back in your holster.

The EMs declare your intruder dead at the scene. You show the police your ID, your carry permit, and the registration for your firearm. The police take your gun as evidence. You and your girlfriend go to the police station to give statements. Then, you go back home.

Fourth story- Do you have a defensive tool nearby at night?

You’re sleeping in your bed on a weekday night. You wake up when you hear glass breaking at the back of your house. It is midnight. Your family stays in their beds, but you grab your gun and move toward the noise. You see two men at the back window. One of the intruders opens the window and climbs inside your home. You shoot him. You tell him not to move or you’ll shoot him again. He stays in place. Your family calls the police.

Police arrest your intruder and his accomplice. EMTs treat the intruder’s wounded hip. The intruders are 18 and 21 years old. They are charged with home invasion. The neighbors noticed an increase in break-ins during the Covid lockdowns.

The post At Home and on the Road – More Self Defense Gun Stories appeared first on AmmoLand.com.