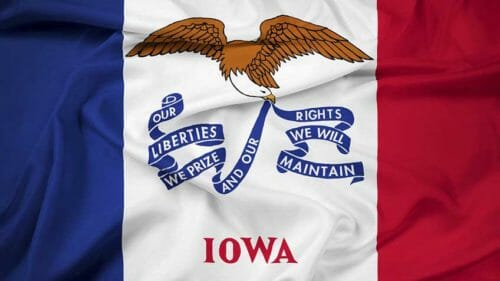 U.S.A. -(AmmoLand.com)- Wednesday, both chambers of the Iowa General Assembly passed Senate Joint Resolution 7 to propose an amendment to the state Constitution affirming and recognizing the right of Iowans’ to keep and bear arms as a fundamental individual right. SJR 7 passed the Senate by a vote of 29-18 and the House by a vote of 58-41.

This has been a multi-year, multi-session effort. In the 2019-2020 General Assembly, both chambers passed a resolution calling for the amendment. Now that SJR 7 has passed during the subsequent session, the 2021-2022 General Assembly, the amendment will be on the ballot for Iowa voters in 2022. Currently, Iowa is one of six states that do not have a right to keep and bear arms amendment in their state Constitution, including California, Maryland, Minnesota, New Jersey, and New York.

NRA would like to thank Senator Brad Zaun, and Representatives Matt Windschitl and Steven Holt for their leadership in passing SJR 7. Their efforts will help protect the rights of Iowans in the future.

If your lawmakers supported SJR 7,  click the “Take Action” link to thank them.