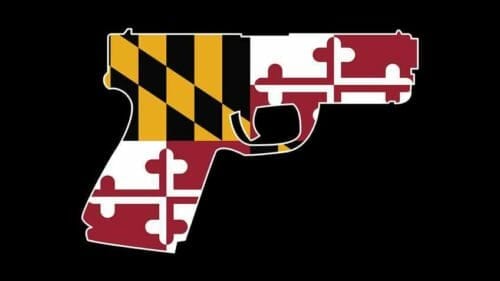 The current handgun qualification law requires residents in Maryland who wish to legally purchase a handgun to first fill out an application, obtain a copy of their fingerprints from a third-party, attend lengthy classroom instruction, pass a live-fire exercise, pay a $50 application fee, then wait up to 30 days for the state to process the information. Once these steps are completed, the purchaser must then follow Maryland’s additional laws and undergo another background check, pay another registration fee, and wait an additional seven business days before they can take possession of the gun.

“This law was put in place with no other purpose than to discourage, financially burden, and intimidate law-abiding people from purchasing handguns for self-defense and other lawful purposes,” said Amy Hunter, spokeswoman, NRA. “This is quite simply a background check, after a background check, after a background check.  It is wasteful and burdensome.  But, more importantly, it has zero impact on the criminals using illegal firearms to commit crimes. Maryland should stop restricting the rights of law-abiding people and focus on going after criminals.”

The state’s own expert witness admitted the law was created to “intimidate” law-abiding citizens from exercising their Second Amendment right to buy a handgun.

“This is an unconstitutional and wasteful law. It creates hoops that impede the average citizen’s ability to exercise their constitutionally protected right to own a handgun while not affecting the black market or other illegal venues where most criminals get their guns,” concluded Hunter.

The case is called Maryland Shall Issue, Inc., v. Hogan. It was filed in the United States District Court for the District of Maryland.