Rate of Airline Passengers Caught With Firearms Doubles in 2020 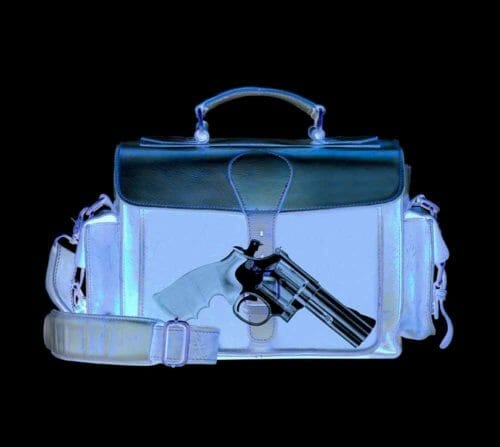 Washington, D.C. –-(Ammoland.com)- Airlines have been hit hard with a steep drop in passengers, with Americans traveling less than they have in years due to the COVID-19 Pandemic. With fewer people in the country flying, you would think guns confiscated at airports would be at an all-time low rate, but that isn’t the case.

According to a Transportation Security Administration (TSA) press release, the agency found firearms at double the rate the agents found in 2019. TSA officers discovered 3,257 passengers carrying guns on their person or in their carry-on bags. Of these discovered firearms, flyers had 83% of these guns loaded. The rate of passengers caught with firearms by TSA agents in 2020 was the highest in the agency’s 19-year history.

“I commend our officers for their commitment to TSA’s security mission by identifying and stopping these weapons at the TSA checkpoints. Firearms are strictly prohibited on board planes in the passenger cabin,” said Senior Official Performing the Duties of TSA Administrator Darby LaJoye. “Bringing a firearm to a TSA security checkpoint poses a serious risk to TSA officer and passenger safety, and doing so may result in significant fines or arrest.”

TSA agents stopping passengers with firearms took place at 234 of the country’s busiest airports. Hartsfield-Jackson Atlanta International Airport (ATL) topped the list with the TSA finding 220 passengers with guns in 2020. The Georgia airport happens to be the nation’s most-used airport and is the central hub for airline giant Delta, Frontier, and Southwest airlines.

According to the TSA, local law enforcement is the one that decides if charges are filed against passengers who brings a gun to a TSA checkpoint. The federal agency will, however, make the traveler pay civil penalties for the transgression. The penalty assessed by the TSA depends on several key factors. These factors include if the traveler has been caught previously with a gun at a TSA check and how many times, they have violated the law. Each time a traveler is found with a gun at a TSA checkpoint, the penalty against the passenger increases. Also, the civil penalty lodged by the TSA is larger if the firearm is loaded.

It is not illegal for a flyer to travel by plane with a firearm, but the traveler must declare the gun at the airline check-in counter, and the firearm must be stored in the traveler’s checked bag. The firearm also cannot be loaded and must be in a TSA approved locked hard-sided case. Ammunition must be in the original box but can be in the same locked hard-sided case.

There are 8.4 million new gun owners in the United States. It might be new owners not knowing the laws governing flying with a firearm.

The post Rate of Airline Passengers Caught With Firearms Doubles in 2020 appeared first on AmmoLand.com.