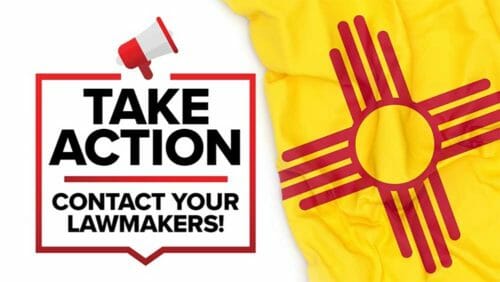 U.S.A. -(AmmoLand.com)- Local gun control activists are actively supporting House Bill 102, sponsored by Rep. Gail Chasey (D-ABQ), given the relatively benign title “Violence Intervention Prevention Act.”  Violence prevention is a laudable goal; however, legislation that uses your tax dollars to fund programs that focus solely on firearms, rather than addressing root causes of crime, and to promote a gun control agenda, should be viewed with extreme skepticism.

House Bill 102 will be heard in the House Judiciary Committee on Wednesday, January 27, at 1:30 pm, or after the House adjourns from its floor session.  To watch for the end of the House floor session and to view the committee proceedings, go to www.nmlegis.gov and click on Webcast.  To offer public comment against HB 102 once the House Judiciary Committee meeting begins, click on the link at the top of the committee page, which can also be found here.

HB 102 appropriates $10 million dollars from the New Mexico general fund to the Violence Intervention Prevention fund.  The state Department of Health, an agency already overwhelmed by the COVID-19 pandemic and vaccine rollout, would administer the fund and award grants to municipalities and tribal governments for programs that focus on reducing or deterring “gun violence and aggravated assault” — to the exclusion of other types of crimes or their root causes, such as alcohol or drug abuse.

Fifty percent of the grant must be used to contract with “community-based organizations,” which are undefined in the bill but are often a euphemism for gun control groups.  Additionally, the bill creates an 8-member committee to report to an interim legislative committee on strategies to prevent firearm injury and death, again, to the exclusion of other types of injury or causes of death, or any root causes.  No doubt a laundry list of gun control recommendations would emerge from that process.

Getting a toe-hold in a state-sponsored grant program, creating a state-sanctioned committee to further an agenda, and using your tax dollars to do it, is straight out of the gun control playbook.  Please contact members of the House Judiciary Committee and tell them you don’t want your tax dollars to finance any gun control efforts in HB 102.  Contact information for committee members can also be found here.